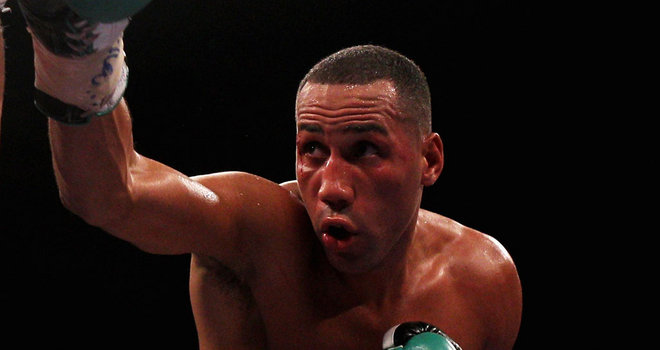 Hennessy Sports is delighted to announce that WBC Silver super middleweight champion James DeGale MBE is scheduled to return to the ring for his North American debut on May the 17th.

DeGale will fight at Casino Lac-Leamy, Gatineau, Canada, with an opponent yet to be determined, with EOTTM (Eye of the Tiger Management) and Hennessy Sports promoting the event.

This will be his first appearance since dominating former IBO World super middleweight Champion Fulgencio Zuniga in Hull back in December, after his clash with Alexander Brand, set for March, was postponed.

The fight comes in a huge month for both North American boxing and the super middleweight/light heavyweight division, as Canadian fighters Jean Pascal and Lucian Buté square off May 25th at the Bell Centre, Montreal, in a sell-out clash.

Those names will certainly be in mind as James looks to put on another world class performance in his own persuit of a world title opportunity.

The fight will be shown live on Wealth TV, and after making two successful appearances on the channel in his last two contests, the WBC SIlver champion will be looking to make number three his best performance yet.

The fight will be subject to British Boxing Board approval and will be shown live on Wealth TV.