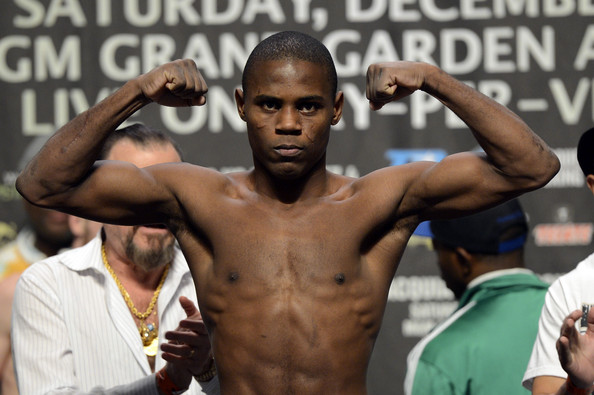 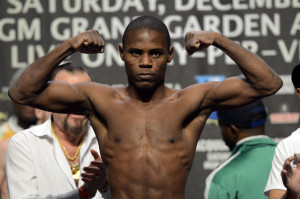 In the opening bout of Showtime’s November 1 boxing broadcast, Javier Fortuna (26-0-1. 19 knockouts) took on Abner Cotto (18-3, 8 knockouts) in a super featherweight fight. Going into the fight, fans questioned how Fortuna would perform. After all, the highly touted prospect has managed to look like the next great talent at times, and at others seems bored and unmotivated. Following his foul-filled victory against Cotto, some questions remained.

From the opening bell it was clear that Fortuna was trying to end the fight in a violent and impressive fashion. After all, since signing to Haymon one wouldn’t be wrong to see a potential title shot being lined up for the young fighter sooner rather than later.

Fortuna relied on movement, constant pressure, and a series of hooks and straights to keep Cotto against the ropes. The gameplan was effective, but Cotto’s tactics got desperate early.

In round two after both fighters had clinched, Cotto managed to land two hard blows to the back of Fortuna’s had as he attempted to break. The cheap shot led to Fortuna taking a knee yet the ref still managed to award Cotto the knockdown as if it was legal. Although visibly shaken, Fortuna managed to recover and still largely won the round.

The following round saw more of the same from both fighters, and it was becoming clearer that Cotto was clearly out-matched in the ring. Resorting to trash-talk and a low blow, things seemed to reach a boiling point with Fortuna as he swung on his opponent long after the bell rang signaling the end of round four.

The show luckily managed to miss Cotto, but once he realized what occurred his corner could be heard mentioning the fact that if he laid down and acted hurt, Fortuna would be disqualified. Cotto played the act to a T, but the ref allowed the fight to continue after deducting a point from Fortuna.

Clearly frustrated, Fortuna answered round five aggressively and stalked Cotto around the ring. In the final minute and a half of the round, Fortuna hook, left-straight combo that sent Cotto crumbling to the canvas, forcing the ref to call an end to the action.

Fortuna’s perfect record remained intact, but it was far from the type of memorable performance he needed to establish himself as a contender. Still, Fortuna has proven to have the skills and power to perhaps make a name for himself in the division.