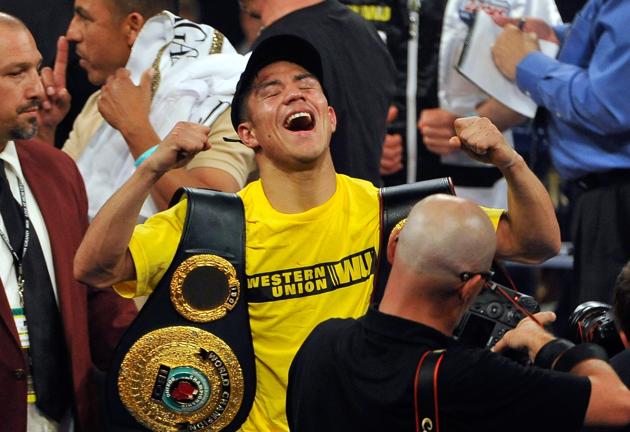 In the second bout of the Pacquiao vs. Bradley II pay-per-view broadcast, highly touted prospect Jessie Vargas (24-0, 9 knockouts) took on Khabib Allakherdiev (19-1, 9 knockouts) in a 12-round fight for the WBA junior welterweight title. Vargas has always faced criticism for his noticeable lack of motivation in past bouts, but many believed this was a bout that would act as a type of showcase to stifle some of the criticism directed at Vargas. The bout ended up earning Vargas his first major title, but Allakhverdiev proved to be an opponent that is as difficult to introduce as he is to face.

In the early rounds of the fight, Vargas wasted no time in establishing range and doing his best to outclass his opponent. Allakhverdiev seemed frustrated early on thanks to Vargas’ assortment of offensive attacks, but the most effective were clearly the jab and uppercut used by Vargas. It was the jab that managed to keep the aggressive Allakhverdiev away, and the uppercut was what was causing the most damage.

Vargas seemed poised to cruise to a decision win, but by the middle of the fight he stopped using the jab altogether and resorted to trying to knock his opponent out. This in turn allowed Allakhverdiev to get withing range of Vargas and blast shots to the body and head of the betting favorite. Slowly but surely, Allakhverdiev was gaining momentum and making up for the early rounds lost to Vargas, but Vargas still managed to do just enough in some of these rounds to still end up winning them.

The strangest part of the bout occurred in the final rounds as Vargas seemed content to significantly lower his punch output. Some cited that it was due to exhaustion, but many viewers and readers attribute it to this lack of motivation that Vargas seems to suffer from in the sport. As odd as it may have been, it’s hard to see a fighter continue to excel while supposedly having little to no motivation. Regardless, the work was enough to allow Vargas to squeak away with the points decision on scores of (115-113), (115-113), and (117-111).