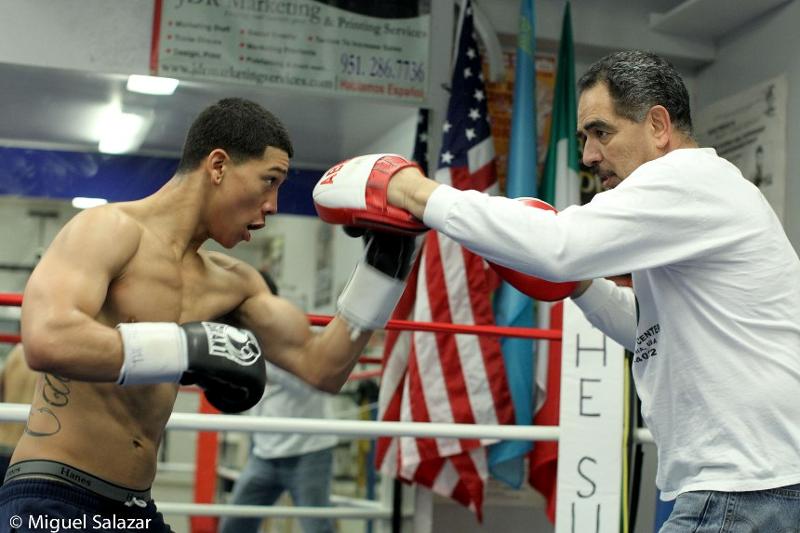 January 21, 2013 – Highly touted undefeated super-featherweight prospect, Joel Diaz Jr. (11-0, 10 KOs) will make his well anticipated return to the ring on February 8, 2013, against Canada’s Tyler Asselstine (12-0, 7 KOs).   The 10-round co-feature bout takes place at the Bell Centre in Montreal, Quebec, Canada.   ESPN2 “Friday Night Fights” will televise the show which is promoted by is Yvon Michel’s GYM Promotions in association with Boxing 360.

Having knocked out his last nine opponents, Diaz looks to continue his reign as one of the biggest power punchers in the division.  Asselstine will present a stern step up in competition for Diaz, but one he is looking forward to.

“I’ve been training very hard for the last six months waiting for my named to be called and now that time has come,” said Diaz. “I know this will be a fight where I will have to go to my opponents’ backyard and fight him on his homeland.  These are the type of fights that can only make me better.  I have complete confidence that I will come out victorious against Asselstine.”

Diaz who fights under the promotional banner of Boxing 360, has been training at “The Summit” in Big Bear, California, with his well know trainer Able Sanchez.  Together the two have been working diligently on improving all aspects of Joel’s God given attributes.

“Able is a great trainer and he knows what my strengths are,” Diaz stated. “I know if I listen to his instructions I’m going to become a better fighter.  He’s trained many well known fighters and I just want to follow the footsteps of those who’ve made it to the top. Right now I’m feeling very comfortable in the ring fighting both on the inside and out.  In addition, my stamina is at an all time high as I’m in the best shape of my life.  I want to thank my promoter Mario Yagobi and Boxing 360 for giving me this opportunity.”

Boxing 360 expects Joel Diaz Jr. to have a tremendous 2013.  Fans can expect Joel to be fighting frequently in the months ahead.  For more information on Joel Diaz Jr. please visitwww.boxing360.com.