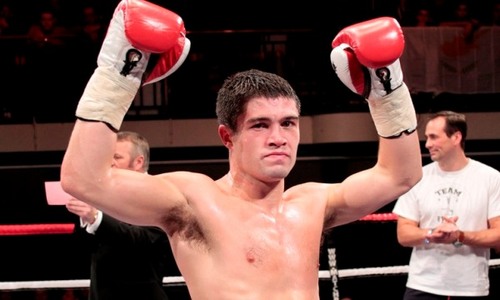 Islington’s Ryder begins a second assault on the Lonsdale belt after he lost a tight decision to Billy Joe Saunders for the British and Commonwealth crowns in September, while Central Area champ Wilson is lining up his first shot at the coveted prize. Matchroom Sport’s latest signing unbeaten Southern Area Light Welterweight champion Ricky Boylan is also in eight-round action on the bill and promoter Eddie Hearn is looking forward to another exciting night of action in east London.

“The last Welterweight Prizefighter was one of the best of the entire series, and we expect more drama on April 5,” said Hearn. “The first four fighters in the mix are all strong contenders as we look to select the final four entrants from around 20 worthy applicants.

“British Middleweight talent Ryder is back in action following his impressive display against Saunders, in a fight that many had him winning. Ryder faces Wilson in an eliminator as we hunt a shot at the Lonsdale belt in the summer. New singing, popular unbeaten Londoner Boylan, is also in action in what will be a guaranteed York Hall sell out.”