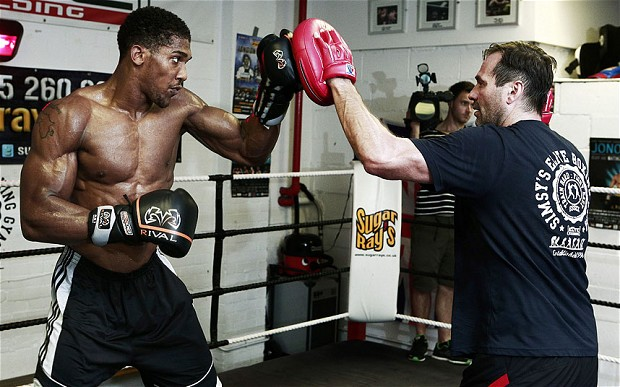 Anthony Joshua MBE has been forced to postpone of his clash with Dorian Darch on December 14 with a shoulder injury – but British Super Middleweight champion Paul Smith has been added to the bill at the ExCeL London, live on Sky Sports.

The Olympic Gold medal hero was set to return to the ExCeL in London to face the Welshman, returning to the scene of his London 2012 triumph for his fourth pro contest, hunting another KO win.

Sadly for the 23 year old, a shoulder issue has flared up and after consultation with medical staff it has been decided he will now meet Darch in Cardiff on February 1.

Smith claimed the vacant British crown in June with a sixth round stoppage win over fellow Liverpool man Tony Dodson, and the 31 year old joins a huge night of boxing on Sky Sports.

Olympic Bronze medal star Anthony Ogogo revisits the setting of his triumph at the London 2012 Games and also fights for the fourth time in the paid ranks, while recent IBF Bantamweight king Jamie McDonnell is out for the second time in four weeks. Two-time World Middleweight title challenger Martin Murray is also back in action against Sergey Khomitsky.

There are two tasty Southern Area title clashes as Tony Owen defends his Light Welterweight strap against fellow Carshalton man Ricky Boylan, and Ryan ‘Crash Bang’ Taylor meets Floyd Moore for the vacant Lightweight belt. Danny Connor lost to Owen in their October meeting for the title, and he is in an eliminator for the English Light Welterweight belt against Tyler Goodjohn.

Erick Ochieng is back in action after his battle with Liam Smith for the British Light Middleweight title, moving down to Welterweight to face Welshman Dale Evans, unbeaten Super Flyweight Kal Yafai moves into double figures in the pro ranks, there’s a welcome return to the ring for unbeaten Lightweight prospect Martin J Ward, Essex Light Welterweight John Wayne Hibbert looks to build on his British Masters triumph and Cruiserweight duo Wadi Camacho and Ben Ileyemi complete the line-up.