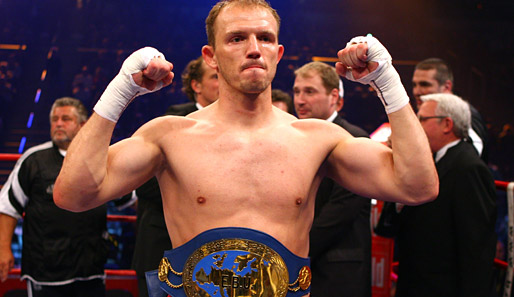 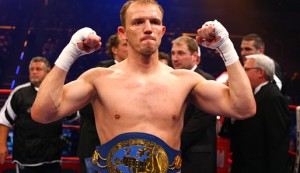 Juergen Braehmer (39-2, 30 KOs) expects a brutal challenge. The 34-year-old will defend his newly won European Light Heavyweight Championship on April 27. The German takes on Tony Averlant (18-7-2, 4 KOs), a real warrior inside the ring, at the Sporthalle Hamburg, Germany and not only risks his belt but also the position as WBO mandatory challenger. As Braehmer held the title of the World Boxing Organization in the past, his motivation to regain his beloved crown is immense. Therefore, it comes as a surprise that he is willing to risk it all in a fight that will be anything but a walk in the park.

Although the 29-year-old Frenchman has lost his last fight against Mounir Toumi, Braehmer knows that he will pose a real threat. “I don’t believe the fight with Toumi says anything about Averlant´s abilities,” so the German. “He broke his hand right at the beginning and still carried on through the whole duration of the bout. If anything it proves what a strong will the guy has and that he never gives up.”

The last time Averlant challenged for the European Championship was in March of 2012. Back then, his opponent of the night was the very same guy who Braehmer defeated and consequently took the EBU Belt from, Eduard Gutknecht. “The bout with Gutknecht was really impressive. It was a very close decision and it could have gone either way. So Averlant was very unlucky to have lost that fight. At the end of the day, I know that I will do everything I can to win. I have a clear goal in sight and that is once again to be crowned as the champion of the world. In order to do so, I have to beat a guy whose style is very uncomfortable.”

The motivation to finally becoming the champion of Europe is huge for Averlant. “I am very appreciative that Team Sauerland has given me another opportunity to fight for it,” said the challenger. “But they should be prepared to have a titlist less in their ranks.”