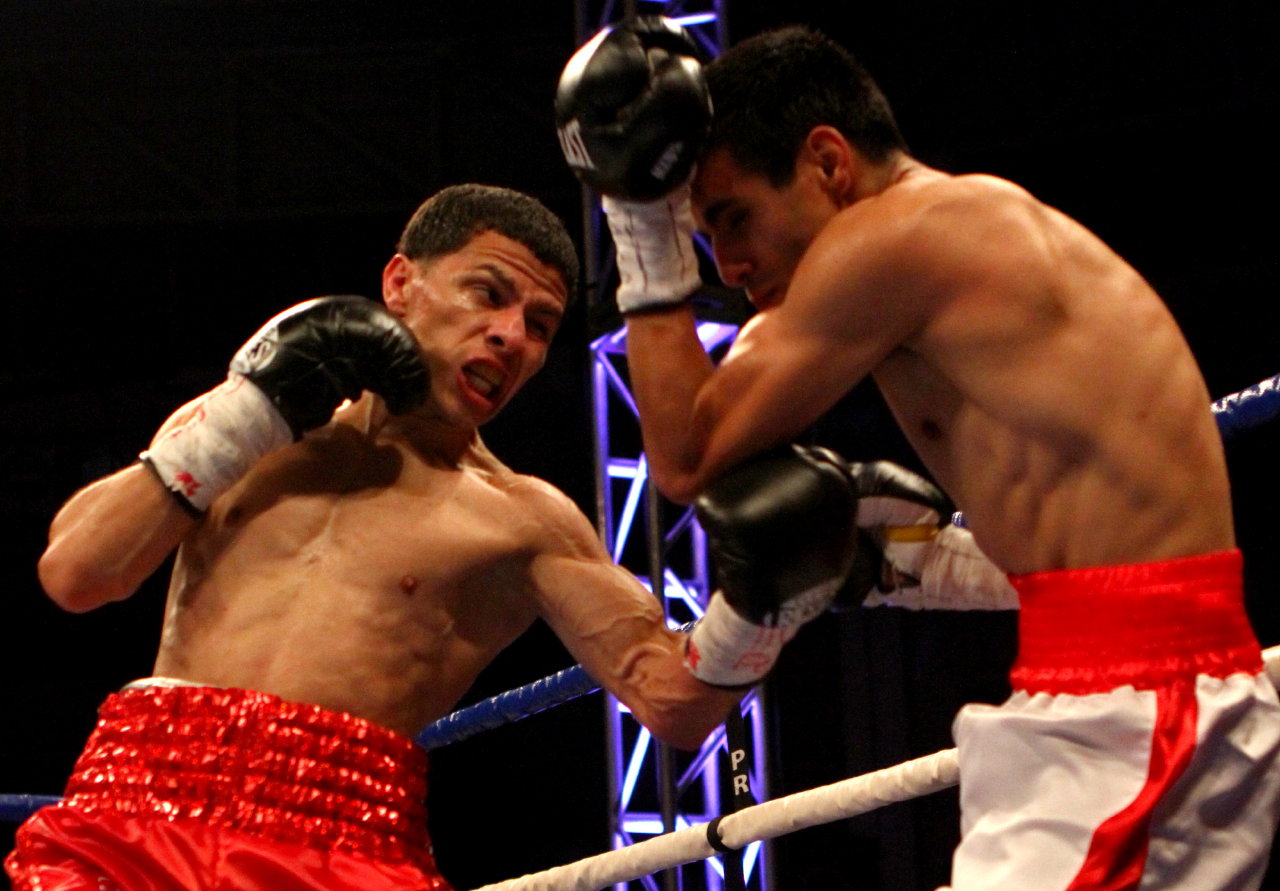 It will be a festive night in Puerto Rico on Thursday, June 19 when FOX Sports 1 and FOX Deportes’ Golden Boy Live! returns to Coliseo Ruben Rodriguez in Bayamon with a thrilling slate of world-class boxing action headlined by a 12 round IBF Flyweight Title elimination bout between Fajardo, Puerto Rico rising star McWilliams Arroyo and unbeaten Digos City, Davao del Sur, Philippines’ Froilan “The Sniper” Saludar. Plus, in the 10-round super bantamweight co-main event, another Puerto Rico favorite, Cesar Seda of Juana Diaz, will face an opponent to be determined.

A boxer since the age of 12, 28-year-old McWilliams Arroyo (14-1, 12 KOs) compiled one of the most impressive amateur boxing resumes Puerto Rico has ever seen, representing the island in the 2008 Olympic Games (along with his twin brother McJoe who fought on the last Golden Boy Live! card in Puerto Rico) and winning a 2009 world title. Arroyo became a professional in 2010, defeating standouts like Lorenzo Trejo and Luis Maldonado and earning the WBO Latino Title. In his most recent bout, Arroyo knocked out Miguel Tamayo in four rounds.

Froilan “The Sniper” Saludar (19-0-1, 12 KOs) a 25-year-old highly decorated boxer from Digos, The Philippines who turned pro in 2009 and compiled an undefeated record while winning several regional titles. On June 19, he’ll be fighting for the first time outside of the Philippines and he’s eager to show fight fans in Puerto Rico why he’s nicknamed “The Sniper.”

Back in action for the first time since his courageous 12-round showdown with Two-Division World Champion Leo Santa Cruz last December, Puerto Rican slick southpaw Cesar Seda (25-2, 17 KOs) is looking forward to returning to the ring and kicking off a new winning streak like the five-fight stretch of excellence that earned him his shot against Santa Cruz. With the added incentive of fighting at home in Puerto Rico for the first time since 2012, the 28-year-old Seda will be fired up to deliver another impressive performance for boxing fans.