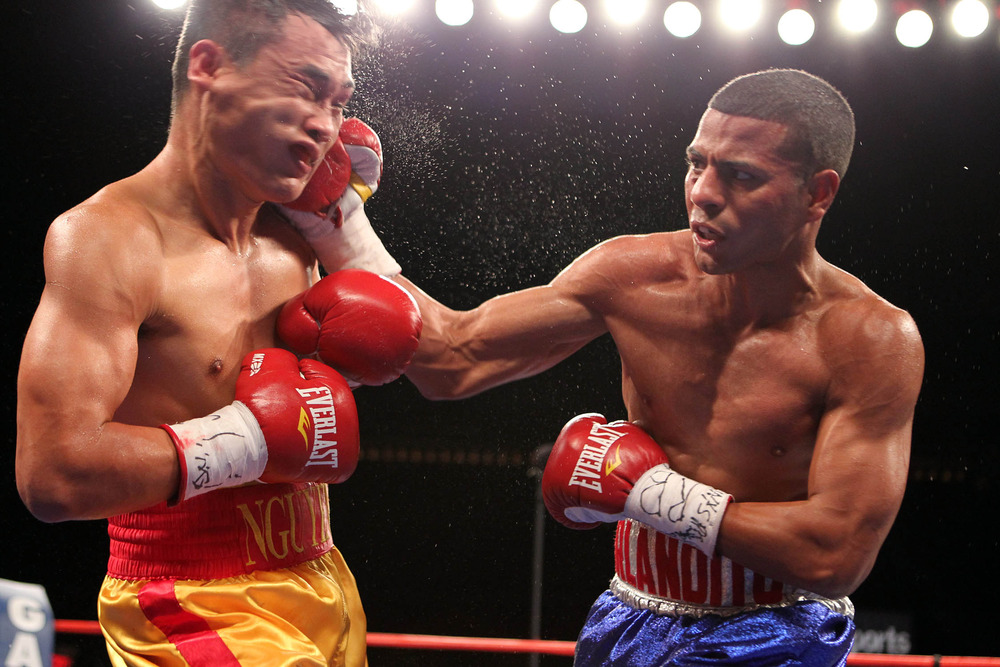 Next Saturday, May 31, highly regarded undefeated super bantamweight Luis Rosa (16-0, 7KO’s) will be putting his undefeated record on the line when he takes on WBC #5-rated world contender Luis “Orlandito” Del Valle (18-1, 13KO’s) in a very significant fight for the 122lb. division. Rosa-Del Valle is scheduled for 10 rounds and will be the co-featured bout on that evening’s HBO Latino telecast. The bout will take place at the beautiful newly renovated Tropicana Resort in Las Vegas, NV.  In addition to the HBO Latino telecast, which is being headlined by former world champion Javier Fortuna (24-0-1, 18KO’s) taking on Juan Antonio Rodriguez (26-4, 23KO’s), the HBO2 service will air the doubleheader with English language commentary at 12 midnight (ET/PT).

The 23-year-old Puerto Rican-native Rosa, now living and training in New Haven, CT, under the tutelage of his father, turned pro in 2010 at 18 years old, after a very successful amateur

career. Over the next few years, Rosa became one of the more popular fighters throughout the entire New England area due to his relentless, come-forward aggressive style of fighting.  Rosa is coming off his most impressive victory to date, a dominant and grueling eight-round slugfest over former highly regarded contender Jorge Diaz on ESPN’s Friday Night Fights back in January of this year.  Now Rosa is looking to clearly cement himself as one of the top 122lb. fighters in boxing when he takes on the top-rated and once-beaten Del Valle.

“This has been one of the best and hardest training camps of my entire career.  The preparation I have had for this fight has been like no other I have had before.  I am expecting a tough fight from Del Valle and I expect him to be very well prepared. If he isn’t, then he is going to be in big trouble, very early,” said Rosa.

While the fight is certainly the hardest and most important fight of his career, the young Rosa is calm as can be ahead of his debut on the HBO network.

“Honestly, I do not feel any added pressure.  To me, this is just another fight and I know that I will be ready like I always am. I have been waiting for an opportunity like this my entire career and I’m well prepared for anything that Del Valle will bring come fight night.”

While Rosa sees a championship in his future, he is taking things step-by-step as he continues to climb the ranks of the talented 122lb. division.

“I rate myself as one the best up-and-coming 122lb. fighters in the world. I am young and I am still learning.  I am hoping that by the end of this year, I will be somewhere in the top 10 of the world ratings.  There is no doubt in my mind that I have what it takes to one day be a world champion, but for right now I am just taking things one fight at a time.”

On the upcoming fight, Rosa is confident that he will not only defeat Del Valle, but will win in impressive fashion.

“I am prepared to go the distance if I have to, but I honestly feel that I am going to stop him in the fifth or sixth round. Regardless of how it happens, I know that the night will end with my hand being raised and it will be the most exciting fight on the card.  I just want to first give all of the glory to God. I also want to thank my promoter Lou DiBella for this opportunity. I want to thank my coach Luis Rosa Sr., my managers Marilyn Rosa and Mike Criscio, and definitely my whole team and my Boxing In Faith Gym family for their support always.”

The entire card is being promoted by DiBella Entertainment and Sampson Boxing in association with Right Hook Promotions.

Additional Las Vegas boxing bouts and a complete list of the undercard will be announced soon.