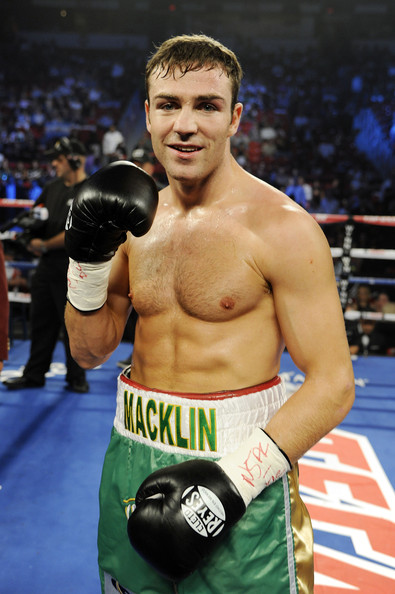 Matthew Macklin will face WBC International champion Jorge Sebastien Heiland in an official eliminator for the WBC Middleweight title held by Miguel Cotto at the National Stadium in Dublin on August 30, live on Sky Sports – with tickets on sale from 9am on Tuesday July 22.
Macklin is back in action for the first time since December and can take a huge step towards facing the Puerto Rican legend if he can see off Heiland, the 27 year old Heiland who is ranked at number four with the WBC and won the WBC International title in November with a fifth round KO of Billi Godoy in his native Argentina.
Macklin is ranked at nine in the division and is chomping at the bit to get back into the ring and has set his sights on a showdown with Cotto.
“For the last few years now all my fights have been in the US and while it’s been great having big fights in New York and Las Vegas I’ve definitely missed fighting at home,” said Macklin. “There’s a huge appetite among boxing fans to see big time boxing back in Dublin and there’s no atmosphere in the world like an Irish fight night. I know that Eddie can deliver the big fights for me in Dublin so it’s a very exciting time for me.
“It’s great to have an eliminator to put me straight back in the frame for another World title fight. Heiland is rated number four with the WBC so I’m sure he will be coming to Ireland with his own World title ambitions. It’s a must win fight for me and it doesn’t matter what he brings to the ring on August 30, he won’t be beating me.”
Promoter Eddie Hearn brings a star-studded cast of fighters to Dublin for Matchroom Boxing’s first show it the city, with Olympic gold medal hero Anthony Joshua MBE facing another step up in opponent as he faces Yaroslav Zavorotnyi, the Ukrainian who took David Price ten rounds in June.
Commonwealth Super Flyweight champion Kal Yafai defends his title against Belfast’s Luke Wilton, and there’s a spicy grudge match between bitter rivals Spike O’Sullivan and Anthony Fitzgerald meeting in the ring in what promises to be a fiery encounter.
Dublin’s Luke Keeler and Declan Garrity also appear on the bill with Hearn set to announce more names for the show soon, as he launches a new era for Matchroom Boxing in the great city of Dublin.
“I can’t wait for our first show in Dublin, the fans are in for a real treat,” said Hearn. “It’s a stacked card with Matthew in a hugely important fight that puts him in a great position to challenge for another World title.
“We’ve seen Matthew denied of what I believe was a victory in Germany against Sturm and a great performance against Sergio Martinez – the Cotto fight would be a great event. He is straight back in at the deep end against Heiland but let’s be honest, he wouldn’t want it any other way!
“Fans can expect plenty of fireworks on the undercard. Heavyweight sensation AJ makes a big step up against Zavorotnyi who just lose a 10 round points decision against DP. SF star Kal Yafai makes the first defence of his commonwealth crown and SO and AF take part in an all-Ireland grudge match. We only have a couple of thousand tickets to sell at the National Stadium and I expect those to go on the first day. Roll on a new era of boxing in Ireland!”
Tickets are on sale from 9am on Tuesday morning (July 22) priced €40, €60, €80 and €150 VIP and are all available exclusively from www.matchroomboxing.com or by calling 01277 359900. With the event expecting to sell out immediately, a limited number of tickets will be reserved for Matchroom Fight Pass members following its launch on August 1.
Tweet