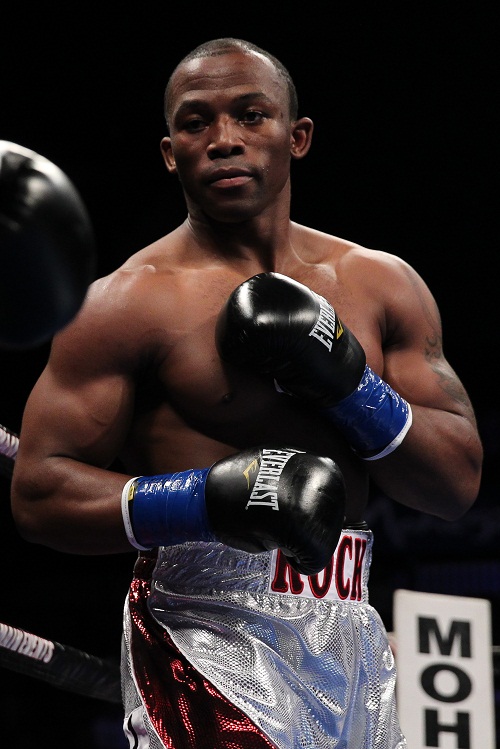 TOTOWA, NJ – Main Events announced today that they have signed up-and-coming cruiserweight sensation Thabiso Mchunu, 14-1, 10 KOs, to an exclusive promotional contract. The southpaw from South Africa made his American debut on August 3rd with a surprise 10-round unanimous decision over Eddie Chambers, 36-4, 18 KOs, at the Mohegan Sun Casino in Uncasville, CT, in a bout that was nationally televised by NBC Sports Network. Mchunu’s performance in the fight served as a terrific introduction and made it clear that his impressive record and collection of African titles were no fluke.

However, none of those wins made a bigger impression on the boxing world than his one-sided victory over the well-regarded Eddie Chambers, who was a heavy favorite to beat Mchunu in their August 3rd bout. Against Chambers, Mchunu showed a hypnotic boxing style that completely foiled the highly respected former world challenger.

Assumed to be just a powerful puncher with a high knockout percentage, the 25-year old fighter nicknamed “The Rock” displayed an unexpected ability to box that night, and became a sudden player, with a complete skill set, in the fertile 200-pound division.

“Kathy Duva and her team (at Main Events) have something very unique in boxing. That is the family feel you get and need in moving towards the world title,” said Mchunu. “After beating Eddie (Chambers) I realize I can beat anyone on the planet, and after seeing what Main Events has done for the likes of Curtis Stevens and other Main Events fighters, Sean Smith and I want to be under this umbrella.” Mchunu added, “I just have a warning for Huck and Jones – I will beat you both on the same night…you cannot run forever!”

Damian Michael, Showpony Promotions CEO, commented on signing with Main Events, “The professional outfit that is Main Events was always first choice for me and the Showpony team, not just because Kathy and co can play in that cruiser division but because I genuinely think that Thabiso Mchunu is the best cruiser on the planet and the USA fans deserve to see a Mayweather in a 200 pound frame. I look forward to the tradition and family values that the Duva family have brought to the sport.”

“Mchunu’s absolute domination of Eddie Chambers on NBCSN “Fight Night” in August was a revelation,” said promoter Kathy Duva of Main Events. “As a massive underdog fighting a very accomplished opponent in Chambers, Mchunu made the very most of his opportunity and made a resounding statement. He is the kind of fighter who can alter the landscape in the bigger weight classes for years to come. We at Main Events look forward to working with him, his manager/trainer Sean Smith and his promoter Damian Michael of Showpony Promotions as he continues to climb the cruiserweight ranks.”

Mchunu came to the United States as a total mystery, but after just one start, he has shown himself to be a force to be reckoned with in the sport. In time he might just fight his way to world title, and go from “mystery man” to being a (hard-to-pronounce) household name.