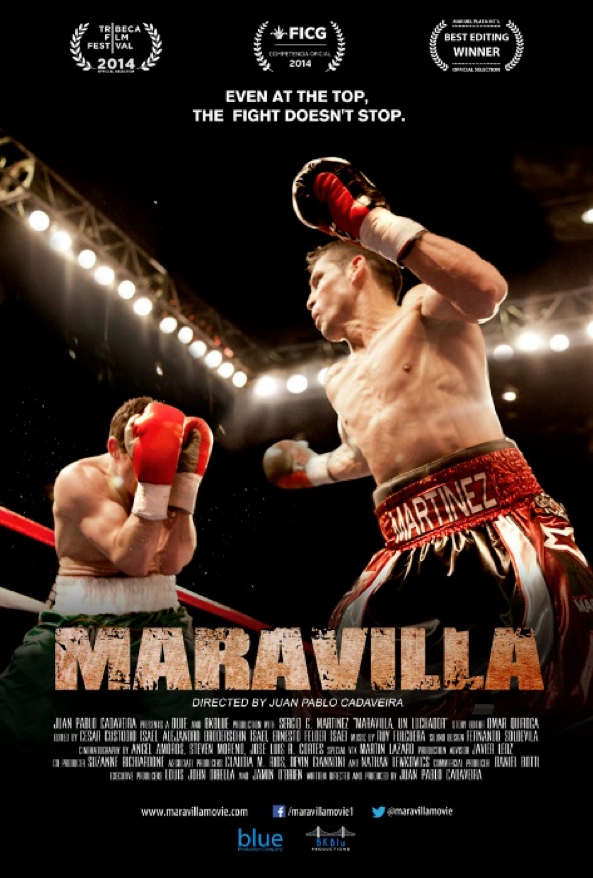 WHAT: To kick off the premiere of “MARAVILLA,” at the Tribeca Film Festival (TFF), presented by AT&T, lucky moviegoers will have a chance to win tickets to the Martinez vs. Cotto championship fight. As a special gift to lucky fans who purchase tickets to the “MARAVILLA” film premiere, three pairs of fight tickets will be given away to the Martinez vs. Cotto bout taking place June 7, 2014, at Madison Square Garden in New York City. The highly anticipated match will pick up where the “MARAVILLA” documentary, based on the journey of Sergio Martinez, leaves off.

Moviegoers who attend the premiere on April 19, 2014, will be entered into a lottery for the three ticket giveaways. The winners will be revealed after the film during the Q&A session. Must be present to receive the fight tickets.

“MARAVILLA” premieres at the TFF on April 19, 2014, with three additional screening dates:

Tribeca Film Festival tickets for the “MARAVILLA” premiere and all other screenings are on sale now. To purchase tickets, visit: http://tribecafilm.com/filmguide/532089aac07f5df7d2000161-maravilla.