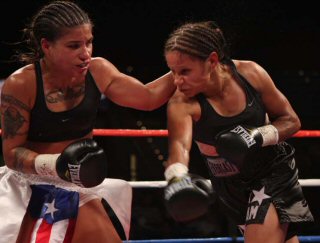 On May 31st two of the top female featherweight fighters in the world will be facing off in Edmonton, Alberta in the main event at the Shaw Conference Centre. Melissa Hernandez-Pacheco (18W 3L 3D) will defend her WBC women’s featherweight title against Jelena Mrdjenovich (28W 9L 1D).

According to BoxRec Hernandez is the number one ranked women’s featherweight in the world.  Hernandez will be fighting for the third time in Edmontonagainst Mrdjenovich, having won their previous two bouts.

Mrdjenovich is no pushover though. The Hay River native, who resides inEdmonton, has gone up against top competition and beat them. Mrdjenovich’s biggest victory of her career was a unanimous decision over Mia St. John back in 2006.