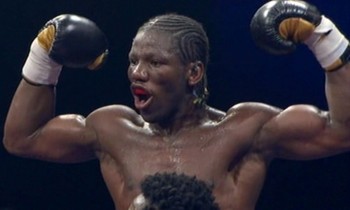 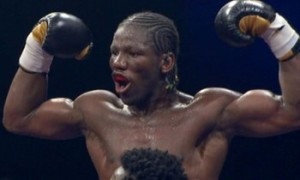 In what was a must win situation for both men tonight, Curtis “Showtime” Stevens and Hassan N’Dam N’Jikam put on an exciting show in an IBF middleweight title eliminator.

This fight was the quintessential bull vs. the matador. Stevens came out in the opening round very aggressively and had N’Jikam on the ropes on a few occasions, but wasn’t really able to land with anything of significance. N’Jikam would either tie Stevens up or spin out and use his legs to carry him away from danger. It was pretty much a feeling out round for N’Jikam and Stevens won the round on sheer aggression.

In rounds 2 through 5 it was a different story. Stevens still plodded forward trying to get inside but the problem was, he was only throwing one punch at a time and abandoned his jab all together. N’Jikam established his distance well and kept Stevens at bay with his lateral movement and stiff jab.

Stevens started having success in the beginning of rounds six and seven as he came out fast in both stanzas. He had some success in cutting off the ring and managed to land some effective short right hands. N’Jikam got back on his bicycle and was able to swing the tempo back in his favor in the middle to latter part of the rounds and started to outbox Stevens once again.

Surprisingly in the eighth, N’Jikam not known for his power, landed a perfect one two combination that sent Stevens to the canvass. Stevens got up but looked a little dazed as N’Jikam went in for the kill. Stevens weathered the storm and toward the end of the round landed one of his patented left hooks that had N’Jikam visibly shaken and almost going down. N’Jikam spent the remainder of the round hanging on for dear life and was able to last the round.

From rounds nine though eleven Stevens really started to slow down and really looked frustrated with N’Jikam’s superior foot movement. He was being thoroughly outboxed at this point.

N’Jikam controlled the twelfth round as he did most of the fight with his movement but with about a minute left Stevens exploded with another one of his powerful left hooks that nearly floored N’Jikam. Stevens then smelled blood and proceeded to go in for the finish. He wasn’t able to achieve the same story book ending that he did in April against Tureano Johnson, when he knocked out his opponent in the final round after being behind on the scorecards. It wasn’t meant to be this time as the cagey N’Jikam tied Stevens up and moved away from harm’s way, finishing the fight on his feet.

N’Jikam will now go on to face the winner of Sam Solimon vs. Jermain Taylor in an IBF middleweight title fight.