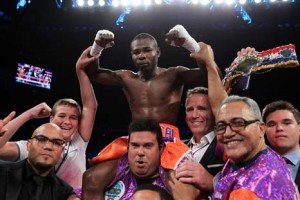 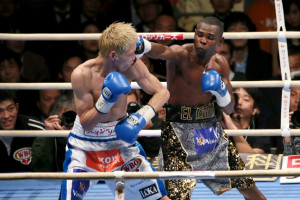 The 34-year-old Rigondeaux, a two-time Olympic gold medalist, has been restricted to Asia for his last two fights, subsequently in low-profile matches, due to the lack of desire by any world-class super bantamweight to challenge the Cuban star.

Rigondeaux stopped WBO No. 6 rated challenger Hisashi Amagasa (28-4-2, 19 KOs) after 11 rounds in Osaka, Japan this past New Year’s Eve. Last July, “Rigo” knocked out Sod Kokietgym (62-2-1) in the opening round of their fight in Macao, China.

“It’s good to know that Santa Cruz’ promoter has stated that our unification fight has to happen,” an ecstatic Rigondeaux said. “I want to add his (WBC) green belt to my WBA and WBO championship collection. I’ve wanted this fight for some time. Let’s hope this is not just idle talk. Let’s do it!”

Rigondeaux vs. Santa Cruz (29-0-1, 17 KOs) would be a classic showdown between ethnic boxing arch-rivals, respectively, Cuban and Mexican fighters who now live in 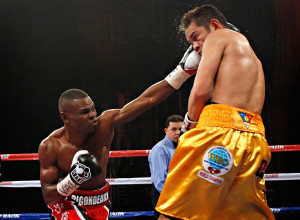 “I have contacted Golden Boy Promotions many times to ask about making a fight between ‘Rigo’ and Santa Cruz,” Rigondeaux’ manager Gary Hyde added. “They always answered by saying they were interested in making this fight but not at that time. Yesterday, after learning Oscar said this fight has to happen, I reached out to Golden Boy and can confirm that negotiations have commenced. Myself and Caribe Promotions, ‘Rigo’s’ promoter, will endeavor to make this fight happen as soon as possible.

“Once ‘Rigo’ beats Santa Cruz for his third world title belt – fourth if you count The Ring Magazine – a fight against International Boxing Federation (IBF) champion Carl Frampton (19-0, 13 KOs) would have to happen in order to determine the undisputed super bantamweight champion of the world.”