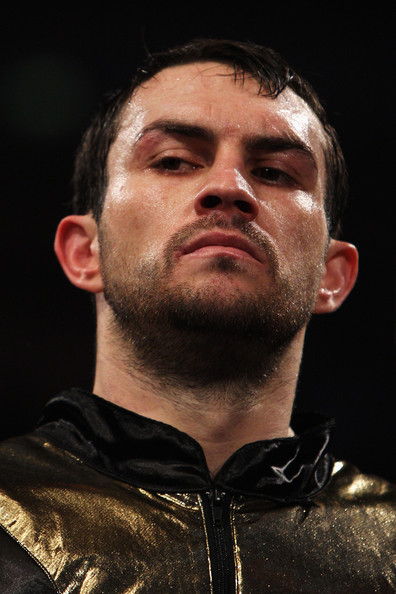 Paul Smith will face David Sarabia in an eight-round Super Middleweight clash at the Motorpoint Arena in Cardiff on Saturday, live on Sky Sports – as he lines up a shot at WBO champion Arthur Abraham in the autumn.

The British Super Middleweight champion is ranked number three with the WBO and is aiming to tune-up for a shot at the champion against the 25 year old Spaniard, and Smith knows Abraham will have his eyes on Cardiff as they appear destined to meet later in the year.

“If I get the Abraham fight made for when I think it will be made Saturday will be my last fight before I fight Arthur Abraham, because I am not going to take any chances on injuries. You have seen how many people have busted their hands up recently in fights and had cuts. I am not going to risk anything if I get this World title fight made with Abraham, which is looking very, very likely.

“Abraham is a star in Germany and boxing in Germany is big, really big. He pulls in five, six million viewers on German TV for his fights and that is big money for him. For him to come to Liverpool he has to think the fight is worth it; and a fight against me is just a regular voluntary for him.

“I have no problem going to Germany and getting paid decent money while still being showcased on Sky Sports and still having every chance of beating Abraham. It will be in Berlin, his hometown, where he wants to build up a fan-base.

“I am happy to fight him absolutely anywhere because it is a World title challenge and it is a winnable fight for me. It is a fight I know I can win and anybody looking knows I have a chance. I have said time again I would fight Andre Ward, but it would be a very, very hard night against Andre Ward and I am not calling him out for that reason.

“With all due respect Abraham isn’t on the level of Ward. He was maybe eight years ago at Middleweight but it is a different kettle of fish with him now. He is battle hardened and battle-worn so to speak, but he is very beatable. His style is made for me and I think mine maybe is for him too. I think it is going to gel for a great fight.”

Nathan Cleverly makes his debut at Cruiserweight against Shaun Corbin with the vacant WBA Inter-Continental title up for grabs and it’s a huge night for Featherweight star Lee Selby who tackles Mexican Romulo Koasicha in a WBC title eliminator.

Gavin Rees bows out of the pro game after a glittering career with a rematch of his Fight of the Year contender against Gary Buckland, Dale Evans faces Mark Douglas, plus there’s action for Chris Jenkins, Mitch Buckland, Robbie Turley and Alex Hughes.