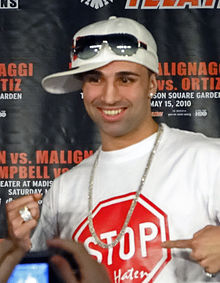 The Beginning of the May is here and you know what that means, the flowers are about to bloom, and Cinco de Mayo is right around the corner. To boxing fans May 5th signifies the return of Floyd Mayweather Jr. to the squared circle. To say we are all nervous with anticipation would be an understatement. It’s Fight Week ladies and gentleman, and there is news and gossip galore starting with. A Date is Set for Cloud vs Pascal.. The Executioners retirement party, The Tijuana Tornado storms thru AZ. Pirog’s results from Russia, and the a rumor going round concerning Martinez vs Chavez Jr. All this and more on The Wire Report..

It took two losses and a controversial decision to finally make this fight, but fight fans we will finally see Tavoris Cloud (24-0, 19KO’s) face Jean Pascal (26-2-1, 16KO’s). Cloud will defend his IBF light heavyweight title against former division champ Jean Pascal on August 11 in Quebec, as a televised SHOWTIME event.The last time we saw Pascal it was one year ago, when the young former champion had his title stolen by Bernard Hopkins. Though by the time he entesr the ring he will have acquired some ring rust but he will still have home field advantage. Now as for Tavoris Cloud, many fans can still remember his last outing where he made a defense of his title by winning a controversial decision against Gabriel Campillo. This makes for an exciting fight, because both fighters will be coming out with something to prove. Let’s hope I’m right Fight Fans!!

There is a little rumor going round that the week after the Pascal vs Cloud clash, we may see Paulie “the Magic Man” Malinaggi vs Devon Alexander “the Great” August 18th on SHOWTIME. Another rumor reached my ears, that Chavez Jr.signed his end of the contract, allowing the winner of the Andy Lee vs Chavez Jr. showdown to face middleweight champ Sergio Martinez. It’s a rumor because although it was posted on the WBC’s website, it seems one signature is missing to validate the terms. Can you guess who hasn’t signed yet? Non other then Bob Arum. C’mon Bob let’s make this fight happen, stop shamming the fans already.

Hopkins had a few words to say after many assumed that he was at the end of his career, and that he would retire after his loss to Chad Dawson. You know what they say about ass-u-ming. Hopkins exact words were these “Regardless of the result, I will continue my career and challenge any champions in my division, I might be older, but I don’t feel a decline in my skills or abilities in the ring. I love to fight and am still competing at a level where boxing cannot deny me the opportunity to succeed”.Well spoken Bhop to bad it took you 3 days to give your post fight interview. Your best years are behind you champ, leave while you are still healthy, and wise.I for one believe Hopkins would be a world class trainer, or maybe I just want him to stop boxing already, and let the young bucks get their shot.

Antonio Margarito (38-8, 27KO’s) has signed up to fight little known Abel Perry(18-5, 9KO’s) at the Casino del Sol, Arizona on May 26th. The real news in this is that trainer Robert Garcia, has no clue if he’s training Cheato. Garcia stressing there is no rift between the two, thinks Antonio must be training in Mexico, and they haven’t touched base yet. Regardless Garcia will be in Arizona that same night working in two other corners. If he’s not in Antonio’s I’m sure he will at least be cheering his friend on.

We have results from Mother Russia, Dmitry Pirog (20-0,15KO’s) has beaten Japan’s Ishida Nobuhiro (24-8-2, 8KO’s) by unanimous decision. Great for Pirog I wonder when we will see him or his belt back in the US..

That enough for today Wire Report, sorry for being so late with today news, I forgot to mention something. Floyd Mayweather Jr is going to earn about 40 million on Saturday, easily in my opinion. Sorry had to throw that in there somewhere.This week is big so don’t forget to tune in to blogtalkradio.com and look for ThaBoxingVoice/Voice of the People. Popping off Thursday and Sunday night at 7pm, join us for pre-fight and post-fight BoxTalk!! Thx 2 all the BoxingManiacs who are helping us out.. Join the Revolution.. @number2snake