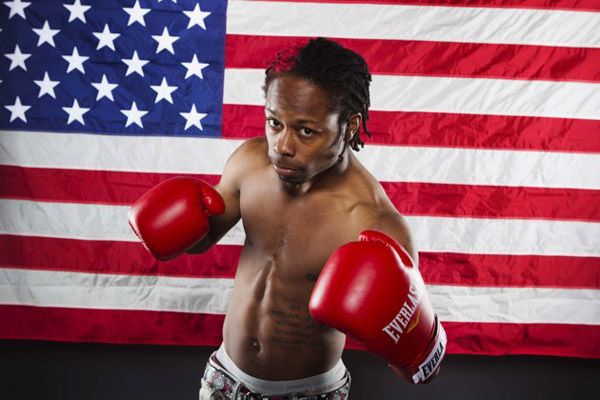 SAN ANTONIO, August 28 – Labor Day Weekend will end with a bang, as Golden Boy Promotions and Leija*Battah Promotions head to Cowboys Dancehall in San Antonio, Texas for the latest edition of the new Golden Boy Live! series live on FOX Sports 1 and FOX Deportes. Fans attending this exciting night of fights in the Lone Star State will be treated to a full roster of undercard bouts anchored by a bantamweight bout featuring Three-Time U.S. Olympian Rau’shee Warren against San Antonio’s Omar Gonzalez.

Headlining the event will be a 10-round WBA International Welterweight Title bout between former World Champion Luis Collazo and surging 22-year-old prospect Alan Sanchez. In the co-main event, San Antonio’s own Raul “The Cobra” Martinez faces off against the always tough Daniel “Cuate” Quevedo in an eight-round junior featherweight matchup. The non-televised portion of the card will feature a wide array of Texas’ top fistic talent.

A member of the 2004, 2008 and 2012 United States Olympic teams, Cincinnati, Ohio’s Rau’shee Warren (14-0, 3 KO’s) is one of the most decorated U.S. amateurs ever. But his quest for gold isn’t over yet, as he chases a world championship as a professional. Undefeated with three knockouts in 2013 thus far, the 26-year-old southpaw hopes to impress his Texas fans on September 2 when he takes on San Antonio’s Omar Gonzalez (6-9, 1 KO), who hopes his local fans will lead him to an upset victory of Warren.

An outstanding seven-bout lineup make up the non-televised undercard portion of this evening and Texas’ finest will be out in force in front of their home state fans.

Another all-Texas showdown, this time in the heavyweight division, sees Austin’s Aaron Rosas (0-0-1) facing Brownsville first-timer Juan Manuel Alvarez and in the junior lightweight class, San Antonio’s Christian Santibanez (0-1) and Houston’s Rogelio Moreno (0-1) will clash in the quest for their first professional win.

Finally, the night will open with pro debuting junior welterweights Marco A. Solis of Austin and Ryan Benoit of Dallas.

The aforementioned five bouts are all scheduled for four rounds.