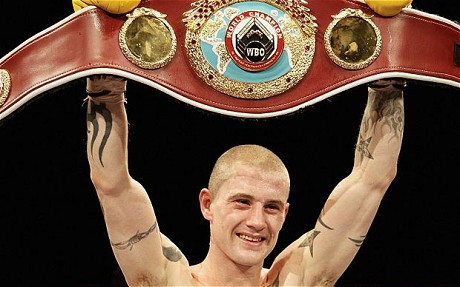 Ricky Burns is gunning for a return to winning ways as he tops a great line-up of action on Friday June 27 at the Braehead Arena in Glasgow, live on Sky Sports.

Tickets are on sale now as the former two-weight World champion is set to face the unbeaten Montenegrin Dejan Zlaticanin after the WBC approved the fight for the International Lightweight title and as an official eliminator for the World title.

The undercard is led by a cracking Light Welterweight contest with Willie Limond defending his Commonwealth title against Curtis Woodhouse while Cruiserweight rivals Stephen Simmons and Wadi Camacho meet in a spicy clash, subject to board approval.

“I can’t wait for another massive Glasgow show, with a packed card of great fights,” said promoter Eddie Hearn. “It’s a huge opportunity for Ricky to get back into World title mix with the WBC, there’s an old school 50-50 in Limond versus Woodhouse and a true grudge match with Simmons against Camacho.”

VIP tickets priced at £200 are available exclusively from Matchroom Boxing on 01277 359900 and at www.matchroomboxing.com