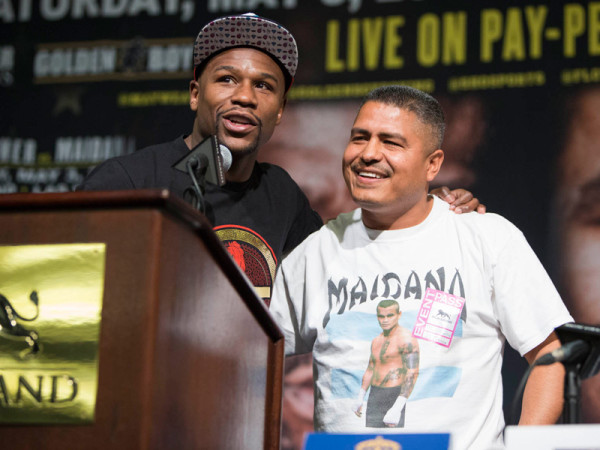 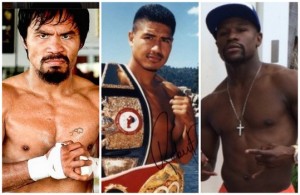 Robert Garcia sat down with EsNews and discussed some of the interesting little tidbits that have come out about the Mayweather-Pacquiao fight. Garcia was genuinely surprised by some of the concessions that were made by Floyd Mayweather to get the fight done.

One of those concessions that were of particular interest to Robert Garcia was the fact that Pacquiao was given permission to wear Cleto Reyes gloves. Reyes is famous for having more densely packed padding and are considered a “puncher’s glove”.

In Mayweather’s first fight with Garcia trained Maidana, Floyd famously objected to Maidana’s choice of custom Everlast MX gloves the day before the fight and made Maidana switch to a more standard Everlast. In negotiations for the rematch, Mayweather insisted that Maidana wore the same gloves as him and claimed the MX had “no padding”.

Gloves are an important part of any negotiation for Floyd Mayweather, as his history of hand injuries leaves him at the disadvantage of requiring a softer glove to protect his hands. The downside of these softer gloves is that they inflict less damage on his opponents. If he can get his opponent to wear these “pillows” as Maidana referred to them, he will do it.

Robert Garcia was genuinely surprised that Mayweather would allow Pacquiao to wear Reyes gloves and believes it says a lot about how much respect Floyd had for Maidana’s power.

“Are you serious!? Aw, that’s gonna make’em look so bad. Cause he didn’t allow Maidana to where them… Maidana hits harder than Pacquiao. He allowed Cotto to where MX too, He allowed Cotto, a 154 pounder and he didn’t let Maidana. He fuckin did everything possible so Maidana couldn’t where those fucking gloves!”

Another shock to Garcia was the purse split. There was some confusion about the numbers being thrown around, but he seemed genuinely surprised for the second time in the interview when he was told that Pacquiao might be making $100 million for the fight.

Garcia may be overestimating the significance of Mayweather allowing Pacquiao to wear Reyes. There is no denying that Maidana carries plenty of power, and it would be to Mayweather’s advantage to make him wear a softer glove. This is really a matter of using negotiating power to gain an advantage. Mayweather would try to make a fighter tie an arm behind their back if he thought he could work it into their contract.

An excellent negotiator uses their position to try to gain every advantage possible. In negotiations with Saul “Canelo” Alvarez, he made Canelo come down in weight. Maidana’s contract left the glove issue open, and Mayweather let it go until the very last day before he addressed it. After losing, if Maidana wanted the rematch, he would have to cave to the winner’s demands. None of this is out of the ordinary. Pacquiao’s team does the same on Manny’s behalf, so let’s not start attacking Floyd.

Pacquiao had far more leverage than Maidana ever had in his negotiations. It’s not surprising that he had the leverage to be able to wear the glove he wanted. Floyd’s games with Maidana may have come back to haunt him in this instance. With so much attention on the gloves in his last two fights, I am sure Pacquiao’s side focused pretty heavily on locking in the gloves of his choice.