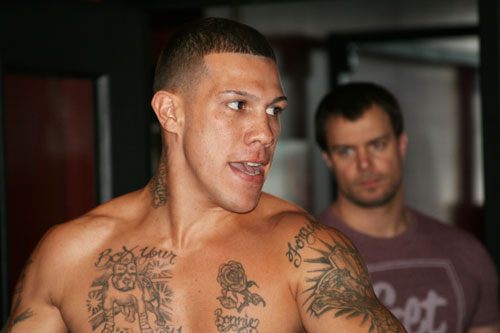 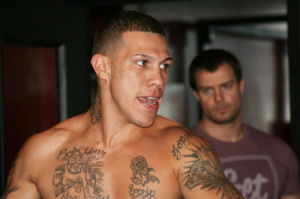 Rosado (21-8, 13 KO) was asked about his thoughts on the fight. Rosado’s body language spelled disappointment. From the shrugging, to the head movement, Gabriel Rosado was not impressed with the fight. What was Rosado so disappointed about? “I did not think it was Floyd’s best performance,” said Rosado. “He got the job done. Maidana didn’t cut the ring off,” he added.

While there is no doubt that both Mayweather and Maidana landed some good shots, this rematch was far from entertaining. Referee Kenny Bayless, whom I praised prior to the fight for his work, did not call a fair bout on Saturday night. Gabriel Rosado agreed. “He let Floyd hold a little too much,” said Rosado.

I scored the first fight 114-114. As for this bout, I had Mayweather ahead by about three-four rounds, but it is what it is. Floyd Mayweather Jr. was very accurate as usual, landed some good shots, but not many of them. Marcos Maidana landed some good shots that buzzed Mayweather, but was inhibited from fighting on the inside by Kenny Bayless. The integrity of the sport took a hit on Saturday, as it did in May when two of the three judges saw it as a one-sided affair for Mayweather, while a majority of fans thought the fight was close and Maidana had possibly pulled off an upset.

As for Mayweather’s next bout, the last thing I want to see is these two fight again. Can the mega fight with Manny Pacquiao finally happen after five years?