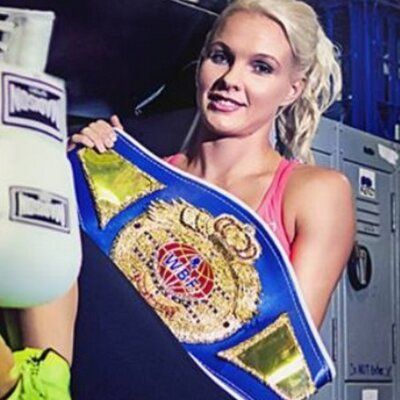 Shannon Courtenay realized her dream in boxing earlier this year with a hard fought victory over Ebanie Bridges. Her first title defense was (and currently is scheduled) to take place of Week 1 of Matchroom Boxing’s Fight Camp but there has already been a setback. Courtenay’s opponent pulled out due to an injury.

Not all is bad though and there is still plenty of time to find an opponent and Shannon O’Connell wishes to be that opponent.

O’Connell last fought in March of this year and won a split decision over Cherneka Johnson. With that victory O’Connell is the official number one contender to face Courtenay and she is jumping at the opportunity but fears that Courtenay, Eddie Hearn and Matchroom may be overlooking her.

“WBA World Champion Shannon Courtenay has had her opponent pull out due to injury for her first title defense next month,” stated O’Connell via social media. “After winning the Gold World Title earlier this year and being the current WBA #1 ranked fighter I would love to be given the opportunity to step in. Shannon, Eddie, WBA Boxing and everyone at Matchroom, guys please don’t overlook me. Everyone knows I’m the most worthy opponent.: