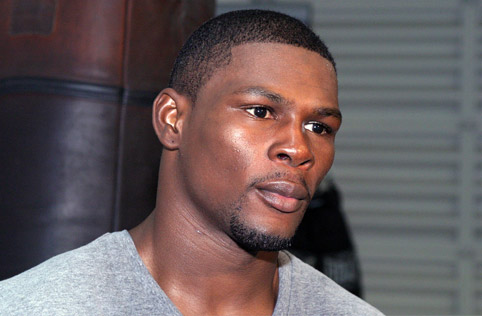 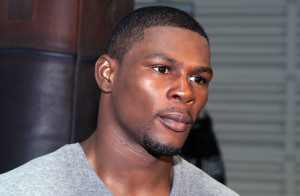 A national hero in his native Australia, Soliman, the longtime top-rated contender, captured the IBF middleweight crown with a dominant 12-round unanimous decision over reigning champion Felix Sturm, in Sturm’s backyard this past May. Soliman had previously taken Sturm’s belt the year before via close unanimous decision, only to see the verdict changed to a ‘No Contest’ when Soliman tested positive for a banned substance. The Australian vehemently denied the failed test results and promised to beat Sturm even easier if they fought again. He did exactly that when the two met in their eagerly anticipated rematch. Soliman is currently riding a nine-bout winning streak, dating back to 2009, with his last defeat coming at the hands of then-WBA world super middleweight champion Anthony Mundine in May 2008.

“I’m going to be stepping into the ring against a former world middleweight champion and super middleweight contender, who is chasing a comeback dream,” said Soliman. “Jermain Taylor has nothing to lose, and that makes him a very dangerous opponent. I know how dangerous that mindset is. It’s the same ‘all or nothing’ approach that I’ve taken into my last 10 fights to win the title. I’m bringing the same intensity to my preparation for this fight. It has taken me 20 hard years to get to where I am. Being a world champion is a special feeling, and one I plan on keeping. This is my first title defense, and I’m leaving no stone unturned to make sure it’s not my last.”

In 2005, Jermain Taylor was on top of the boxing world, having defeated longtime undisputed middleweight champion and future Hall-of-Famer Bernard Hopkins, not once but twice in the same year. Fast forward nine years later and the 36-year-old Taylor will be getting another crack at reclaiming a piece of the coveted middleweight world championship when he takes on the IBF titlist Soliman.

Following a two-year hiatus from the ring in the wake of back-to-back losses in 2009 while campaigning at super middleweight, Taylor returned to the division where he once reigned supreme and rejoined forces with trainer Pat Burns. Since his return, Taylor, now rated #8 by the WBC and #15 by the IBF, has looked better and better with each outing, going 4-0 thus far in his comeback, with three wins by knockout. The only opponent to go the distance with Taylor during his comeback was then-undefeated and now fellow top-rated middleweight contender Caleb Truax (24-1-2, 14KO’s). Taylor is relishing the opportunity to once again prove that he is one of the best 160lb. fighters in the world.

“Things have come full circle for me. I have another shot to become a world champion and I’m not going to let this opportunity pass by without being victorious,” said Taylor. “I’ve made a bunch of mistakes in boxing, losing to fighters I shouldn’t have lost to because of a lack of training, but I’m ready to clear all that up. With hard work and dedication, I will be 110 percent ready. I think Sam Soliman is a great fighter. He’s had a great career and he comes to fight, but I have to go in there and beat the hell out of him.”

“I am thrilled to be co-promoting this event with my dear friend Lou DiBella,” said Leon Margules, President of Warriors Boxing & Promotions, LLC. “The implications for the winner of this bout are very important to the current boxing landscape and to the legacies of Sam Soliman and Jermain Taylor.”

“When I was approached regarding this bout, Kurt and Team Soliman looked at it very carefully as we knew of Lou DiBella and Leon Margules by reputation,” said David Stanley, of Soliman Stanley Promotions. “We knew that they are boxing people who look after the interests of their fighters first. This aligned with our values, and Kurt Emhoff and I have enjoyed the process of working with Warriors Boxing and DiBella Entertainment to deliver an international level event with an excellent IBF world middleweight title bout for the headliner.”

“We are honored to bring championship boxing back to Biloxi with this much-anticipated middleweight title fight at Beau Rivage,” said George P. Corchis, Jr., President and Chief Operating Officer of MGM Resorts Southern Operations. “We look forward to these two world-class athletes putting on a great show at MGM Resort’s world-class facility on the Mississippi Gulf Coast.”