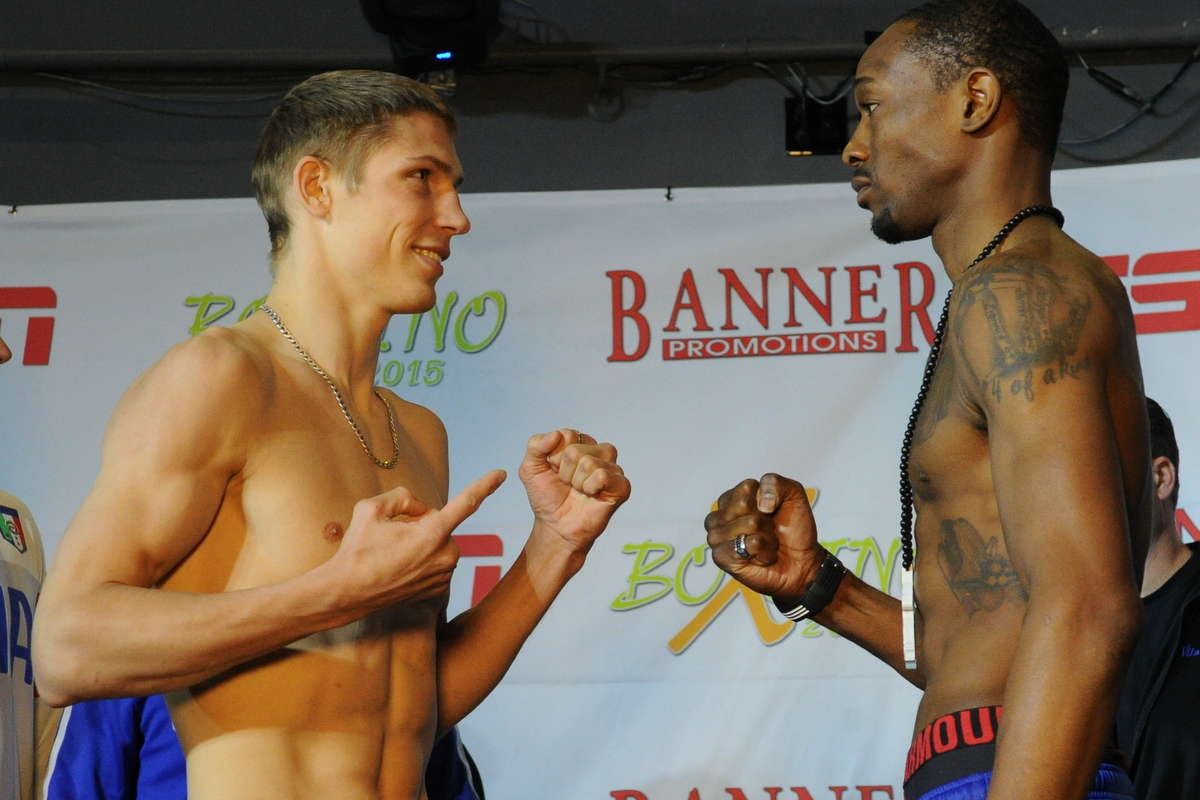 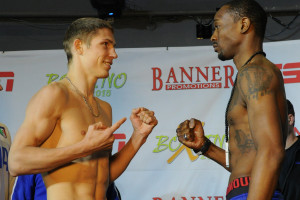 Perhaps what was the most anticipated matchup of the evening was a bout between Ukrainian Stanyslav Skorokhod and American John Thompson. This was the first junior middleweight semi-final bout of the evening and the excitement was based on seeing Skorokhod who looked incredible in his quarter final tournament bout. Thompson didn’t look bad, but he wasn’t incredibly impressive, even though he was a late replacement and entered the tournament with less than a week’s notice.

While everyone expected Skorokhod to start off hot, it was Thompson that gained an early lead. He was boxing very well and his athleticism carried him to the very early lead. Skorokhod wasn’t as relentless as he had been previously, but he tried to take a little more than he was being allowed by Thompson.

In the second round, Skorokhod rebounded and started putting his punches together. He was being more active and more disciplined at the same time.

Thompson eventually gained control back with lateral movement. He was hitting and then moving, never staying in the same place for more than a few moments. Skorokhod couldn’t manage to get anything going, even though he was desperately searching for an answer.

Thompson tried turning up the pressure a bit in the middle rounds, but quickly went back to what was working. It was a very smart performance from Thompson. Skorokhod’s greenness really showed up and he had no answer to the boxing prowess of Thompson.

Skorokhod was outmatched, not physically but from an overall boxing standpoint. Thompson continued his calculated assault in the form of skillful boxing.

The fight would go to the judges’ scorecards, which read 77-75 and 78-74 for Thompson, and 78-74 for Skorokhod, giving Thompson the split decision victory.