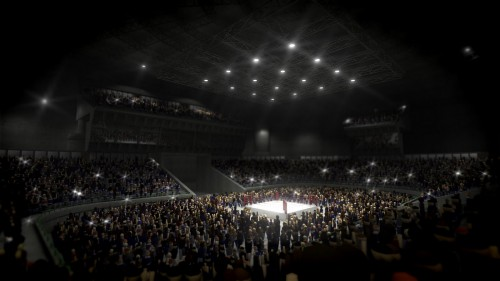 Being a boxing fan sucks! Not just do we sacrifice time, energy and prime moments of our weekend to the sport we love, but more often than not now a days we are becoming programmed that we shouldn’t expect the best fights to be made. “I hope Shawn Porter doesn’t fight Keith Thurman next.”said the man next to me at a screening of Mayweather/Maidana in May as I held back from asking the simply question of why?

It seems that now a days, when two top level guys are in the same division we expect something to come in the way, call it the Pacquiao/Mayweather effect, we just assume a great match up will not happen. When Julio Cesar Chavez Jr. was rumored to fight Gennady Golvokin my immediate thought was “oh, that can’t happen, it’s too compelling of a fight.”So what started this trend in boxing? Was it the Pacquaio and Mayweather’s of the world being so good that competition looked depleted next time and the fact that they never faced one and another? Is it the shift from boxers taking the toughest fights as opposed to the ones with most monetary gain and then working like a car sales to pitch us on why we should watch? Is it just a lack of belief in fighters in this day and age by promoters?

Another thought is the Al Haymon factor, the powerful manager, who seems to be signing boxers the way 50 cent signed rapper to G-Unit records in the summer of 2005. It could also be the fact that now instead of a cold war between Golden Boy Promotions and Top Rank Promotions, the lines are much deeper with more betrayal than a John La Carre novel. It no longer appears that Golden Boy promotions and Top Rank are at odds with one and another, but it does seem that we, the fight fans, are not out of the hot water. Rather than two major companies warring now fights are being obstructed by networks holding grudges (HBO for Haymon taking fighters off their network, Showtime essentially becoming a Golden Boy/Haymon network). It is now more complicated than ever as it now is rather 3 sides that have to come together to work as well as executives who just flat out can’t stand the other side and are not willing to working with the other side unless forced to via purse bid and even then will make it as unpleasant as possible.

This was most recently brought to the light when Showtime sports head honcho Stephen Espinoza took off a Top Rank official of media conference call between fighters that were promoted by rival promotion. It’s no longer as simple as black and white, it is more alliances made on golf courses and back room dealings many of which appear to have happened when Golden Boy Promotions head honcho, Oscar De La Hoya went back to rehab in September. The resignation of Richard Schaefer who served as the companies CEO during this tenure of De La Hoya’s stint in rehab and helped build the promotion up, now faces a rumored lawsuit of 50 million so that he will not be able to return to boxing. The flat out truth is something more than meets the eye is occurring and the fact that many fighters promoted by Golden Boy were not even signed to the promotion makes things even seedier.

So what spawned this? It’s a mixture of ego and profit in short. Look at what has been going on with Sergey Kovalev, the powerful Russian puncher prominently featured on HBO. Kovalev has essentially spent the last year and a half fighting guys no one has heard of, not by his choice, but due to opponent not picking to fight him. The idea struck me how big a fight with Kovalev fighting someone I had heard of would be, what a spectacle, but honestly we are about a year away from that if we are lucky. Essentially as an educated fight fan, we are supposed to expect mismatches or prospects versus could be over the hill veteran as the only fights that can since they are the only ones that benefit the promoters. This very same principle could be applied to someone like Golovkin, who we are just suppose to assume at one point will be in a big fight based off his bouts against mid-level talent on a major platform for the past two years.

It’s not bad enough that we already are losing a bunch of the best potential fighters in the world to sports like football, basketball and baseball; we now have been trained to celebrate a competitive match. Watching Crawford vs. Gamboa on Saturday, I remember just how refreshing it was to be a boxing fan when you are watching a match with the outcome in limbo, where the expectation was limited to competitiveness. The year as a whole has been a bit of regression from the joyous 2013, but if we are willing and vocal maybe our words can help usher in this new era from being the one of the smart businessman boxer who picks and chooses their fights to that of the one where if a fighter loses a competitive fighter we don’t hold it against them, we simply respect them for it.