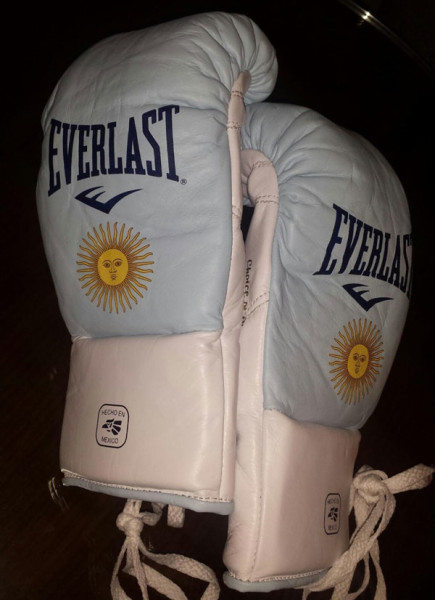 During a recent interview with Tha Boxing Voice, Leonard Ellerbe of Mayweather Promotions was asked about the glove issue that arose before the first fight between Marco Maidana and Floyd Mayweather the day prior to the fight. He begins by saying, “I think that the gloves are not a determining factor as to who wins a fight.” But when asked if Maidana will be allowed to wear his gloves for the fight he tries to back track and says, “I don’t want to talk about it.”

Ellerbe was also asked about how the Money Team came to the decision to take the rematch with Maidana and he says, “The fans are the ones who want it and that Maidana gave Floyd his toughest fight to date.”

Leonard Ellerbe is truly versed in the politics and nature of business as you can see from the video. By being noncommittal on the glove issue he actually leaves room for interpretation and wonder to as if Marcos Maidana will be allowed to wear the gloves that he so desires for this rematch. Floyd Mayweather has also been following suit on the promotional tour and subsequent interviews.

As long as the gloves are not illegal then there really should be no reason as to why the gloves cannot used if they are allowed by the commission but when dealing with an A-side fighter it usually goes with what they want since they are bring in most of the money. We will eagerly await the outcome of this decision and see if it will eventually play a factor in this rematch.