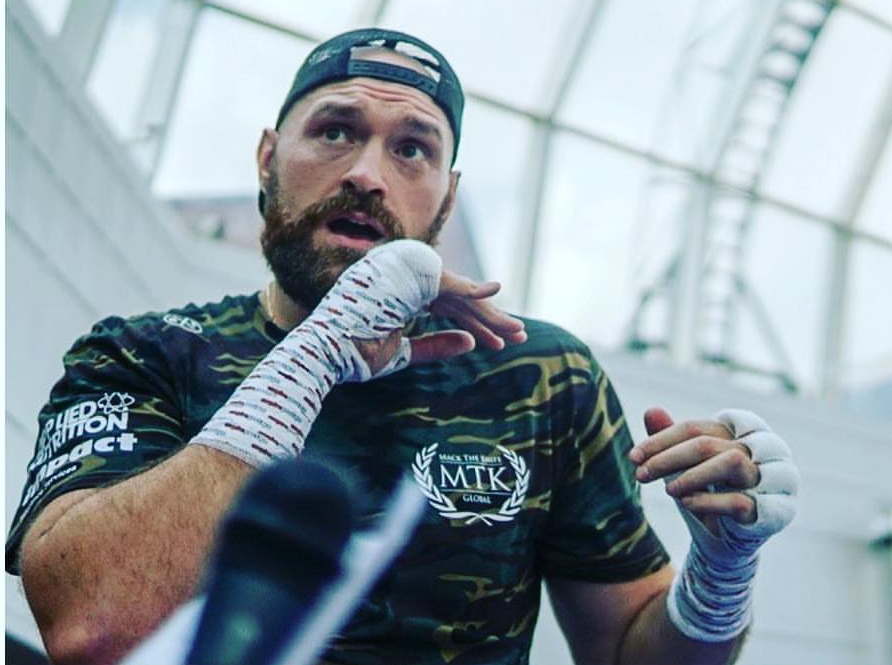 It is safe to say that whether Tyson Fury comes out on top or not from his fight with Deontay Wilder his objective will be to get his hands on Anthony Joshua. Fury has wanted a piece of Joshua for quite some time now and was willing to fight the world champion in his return fight after being suspended/retired.

After not being able to get a fight with Joshua, Fury signed on to face Wilder in December in what Fury calls a dare to be great by both fighters. If he felt Joshua didn’t want a piece of him before then that thought must be even more ingrained in his head after the post-fight interview Joshua had after the Povetkin fight.

“Think it’s now safe to say Anthony Joshua and his team are a pack of shithouses and will rob the British boxing fans of Britons biggest fight,” stated Fury via social media. “They will never fight me ever! Way to slow and ponderous. Can’t box eggs! Contact me when u grow a pair. I’m 27/0/19 ko and the lineal heavyweight champion of the world! Can’t say I blame team Joshua.”

It could be seen as Joshua avoiding two of the top two guys in the division but then again he could just be waiting for them to tear each other to shreds so that he can try to demolish the leftover scraps.