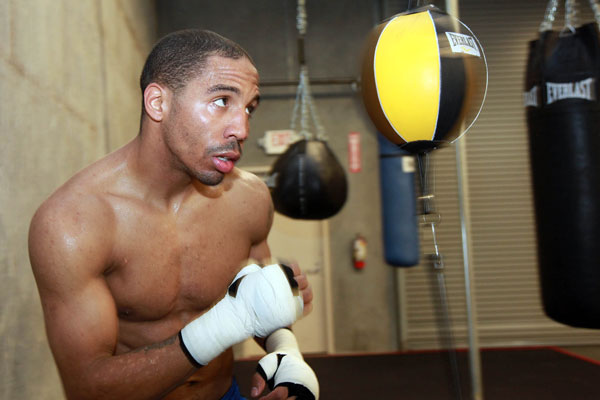 This event will be the first boxing event at the Galen Center at USC in Los Angeles, CA, home to the USC Trojans Basketball and Volleyball teams.  “The layout of the Galen Center couldn’t be better for the presentation of a boxing event and we are excited to host these world class bouts,” said USC Senior Associate Athletic Director J.K. McKay.

When Ward captured his first world championship in 2009, defeating WBA super middleweight champion Mikkel Kessler, he went on to challenge three other world and former world champions in his next five bouts. World titleholders Carl Froch, Arthur Abraham and Chad Dawson all tasted defeat at the hands of Andre Ward. Next in line is the very powerful, former world champion Kelly Pavlik, who promises to take both title belts from Ward.

The co-featured bout has Riverside’s Chris “The Nightmare” Arreola (35-2, 30 KOs) challenging heavy-hitting knockout puncher Bermane “B. Ware” Stiverne (22-1-1, 20 KOs) from Las Vegas, NV by way of Haiti. Both Arreola and Stiverne will put their power on display with the winner guaranteed to fight for the heavyweight world championship in his next bout.

This exciting HBO® World Championship Boxing doubleheader is being presented by Goossen Tutor Promotions in association with Antonio Leonard Promotions and SOG.

The Ward-Pavlik bout will be promoted in association with Bob Arum’s Top Rank, Inc.

“Televising Andre Ward in an intriguing showdown against Kelly Pavlik is a great way to start the new year,” said Kery Davis, Senior Vice President of Programming, HBO Sports.  “Combined with the heavyweight showdown between Cristobal Arreola and Bermane Stiverne, boxing fans can look forward to an exciting night of action on HBO.”

An injury earlier this year limited 28-year-old Ward’s activity in 2012 to one fight — a thorough destruction of Chad Dawson in September. Pavlik, 30, has fought three times this year and posted wins (two via TKO and one unanimous decision) against opposition with combined records of 53-6.

“Kelly Pavlik has been determined to get back onto the top of the heap in boxing,” his promoter, Top Rank’s Arum said. “I know he’s ready to give it his all against one of the best champions today. I really believe this will be an exciting, competitive fight.”

“I’ve heard all the talk about Kelly Pavlik, but I know better than that. He’s beaten plenty of the big names,” Ward said. “Bob Arum has done a great job of keeping Kelly busy until an opportunity like this came along. You can bet that a former world champion like Kelly Pavlik, being afforded another title shot…he’s going to be primed and ready. We are going to be ready too and it’s going to be a tremendous show.”

“Andre Ward’s a hell of a world champ,” said Pavlik, who’s trained by California-based Robert Garcia. “He’s the super middleweight king right now. He went through a tough tournament and proved where he’s at. He beat everybody that he was supposed to fight and he’s top dog. When I was champ, I was the one being pursued. Now he’s champ and I’m in hot pursuit.”

“Andre Ward has conquered every challenge he’s faced as a pro and has improved each and every time,” said Promoter Dan Goossen. “He captured Olympic Gold in 2004; emerged from the tournament as a long shot to claim the Super Six World Boxing Classic and won both the WBC and WBA super middleweight titles in the process.”

The Arreola-Stiverne fight shapes up as a bout unlikely to go the distance given the knockout rates of both combatants. Arreola, 31, has stopped all but five of his 35 victims, while the 34-year old Stiverne – whose only loss on his impressive record came more than five years and 11 fights ago — has allowed only two of his 22 conquests to hear the final bell.

The always-entertaining Arreola was thrilled to learn the fight will be in front of his hometown fans, “I’m going to make 2013 my year.” I’m excited to be back on HBO and fighting someone worthy and good in Stiverne. He’s a tough fighter but my will and strength will break him down. I’m not going to let anyone stand in my way!”

An irritated Stiverne, who is trained by Don House, said about the fight with Arreola “It should have been done a long time ago.” “I don’t know what he’s been doing besides running from me. I’m looking forward to the fight. He is a tough customer, but nothing that I can’t deal with. I’ll get the job done. I’m not concerned about a knockout. We have a plan that we want to execute. If the knockout comes, it comes.”

“It’ll be a great fight between Arreola and Stiverne,” Stiverne’s promoter, Don King, predicted. “It’s the next step in bringing the world championship back to America. The fight is a must see.”

“Boxing fans love the heavyweights and we have two of the best and biggest knockout artists in the business going toe-to-toe,” Goossen stated. “Chris is back to full health and in great shape already. He is determined to become the first world heavyweight champion of Mexican descent. But he will not overlook Stiverne who has run over his heavyweight opposition — including former world title challenger Ray Austin — in impressive fashion. It will be a great night of fights at the Galen Center.”

Doors open at the Galen Center at USC at 3:30 pm.  The first non-televised bout starts at 4 pm. The two HBO® World Championship Boxing bouts will begin at 6:45 pm.

The event is sponsored by Corona.