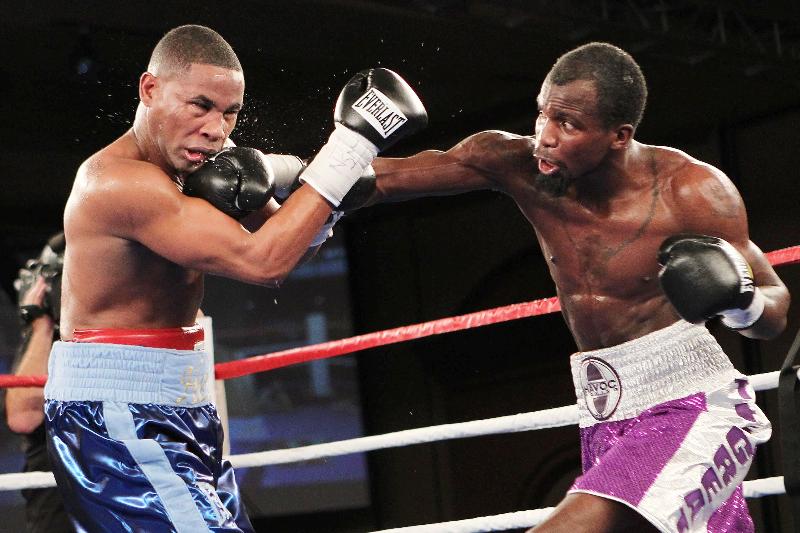 Nelson vs. Cuello is being promoted by Rumble Time Promotions and DiBella Entertainment, with whom Nelson recently resigned an exclusive three-year promotional contract.

“We very happy to extend our relationship with such a talented fighter as Willie Nelson,” Rumble Time Promotions president Steve Smith commented.  “He is the type of fighter who can go to the top and he’s getting close to a world title shot. We’re confident in his ability and feel that an impressive win on HBO against Cuello, who we expect to be the toughest challenge of Willie’s career, will position him for a major fight.”

Nelson appreciates fighting on the big stage, HBO, for the first time but he’s taking it all in stride as he always does.  “I understand how important it is for me to fight on  HBO and I’m grateful for this opportunity,” Nelson said, “but I don’t really think about that because I still have to fight.  Whether I’m fighting on a club show or HBO, I’m going in the ring to win, and win impressively.”

Cuello is relatively unknown, at least in the United States, but the Argentinian is from the same country that has produced contemporary stars such as Sergio Martinez, Lucas Matthysee and Marco Maidana.  His only career losses as a professional have been to world champions Saul “Canelo” Alvarez (TKO6) andJulio Cesar Chavez, Jr. (DEC10).

“He is a strong fighter who keeps coming forward, much like Medina,” Nelson spoke about his upcoming opponent.  “He’ll be a measuring stick for me to see where I’m at in the 154-pound division, where he’s only lost to ‘Canelo’ and Chavez. I hope to win impressively, like I did in my last fight, to get close to a fight against the guy I really want, Alvarez.

“It feels good going back to Foxwoods, where people saw what I’m capable of doing in the ring.  Coming right back there is good for me and the fans who were there or watching me fight on ESPN.  I’m looking forward to it and hope they are, too.”