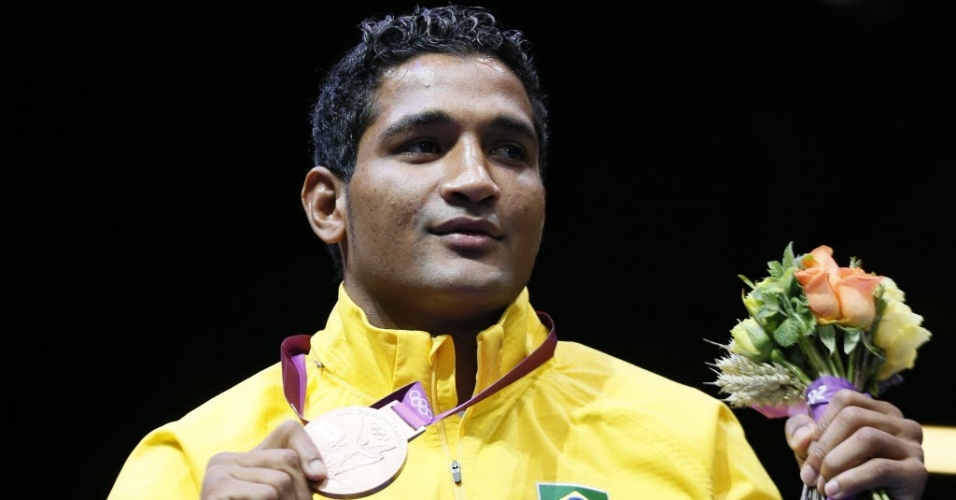 LOS ANGELES, October 2 – A 2012 Olympic Bronze medalist and one of the most promising boxers to ever come from the country of Brazil, Yamaguchi Falcao will begin his journey toward professional gold as a member of the Golden Boy Promotions team, the Los Angeles-based promoter announced today.

“Yamaguchi Falcao is a top-tier talent and a major signing for us,” said Richard Schaefer, CEO of Golden Boy Promotions. “He has the skill and charisma to become a star and with the entire country of Brazil behind him, the sky’s the limit for him.”

“I’m honored to be signed with Golden Boy Promotions and I appreciate the faith they have in me,” said Falcao. “I promise to train my hardest and fight my best to one day become a world champion.”

“The signing of Yamaguchi Falcao is a extremely exciting to me,” said Rolando Arellano, Manager of Falcao, “I have had the pleasure and honor of managing the first Brazilian Boxing Olympian in 44 years. This is a historic and epic moment for all and now we move on to the pros. We will use this as an opportunity to rebuild boxing in Brazil.”

A native of Vitoria, Espirito Santo, Brazil, Falcao was born into combat sports, as his father was a former mixed martial artist who gave his son the first name of his Japanese trainer, Yamaguchi. Along with his brother Esquiva, Falcao entered the world of amateur boxing, hoping to one day escape the poverty they grew up around.

After facing the likes of “Sir” Marcus Browne, Shawn Estrada, and Ronald Gavril, Falcao fought his way to the brink of the 2012 Olympics at 160 pounds, but with his brother also weighing 160, he decided to move up to eight pounds to avoid possibly fighting Esquiva. The fighting Falcao brothers both went to the London Games, with Esquiva winning a Silver medal and Yamaguchi a Bronze, marking the first time in 44 years that a Brazilian boxer had won an Olympic medal.

The two became instant heroes in Brazil, receiving accolades from the President as well as state politicians. Yamaguchi stayed with the AIBA for a year and has he now decided to toss his hat into the pro ring in an effort to follow in the footsteps of Brazilian greats Eder “Gallo de Oro” Jofre and Acelino “Popo” Freitas.

A date and venue for Yamaguchi’s professional debut will be announced at a later date.