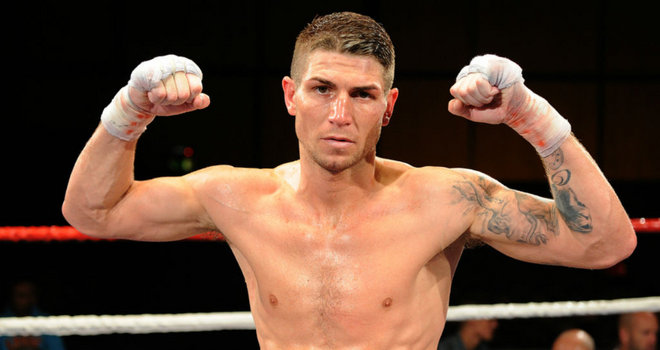 British light middleweight champion Brian ‘The Lion’ Rose will return to Sky Sports on Saturday April 20 when he tops a Betfair card at Blackpool’s Winter Gardens.

The opponent and full bill for Rose’s hometown show will be announced at a press conference in Blackpool next week and promoter Eddie Hearn has promised an exciting co-feature as well as a first title shot for Lytham’s Scotty Cardle.

The bill will mark the start of an exciting new journey for Rose, who is looking to leave the domestic scene behind as he chases World glory.

“I have seen these Matchroom bills on Sky Sports and I have been to a couple and they are brilliant, they are well put on shows and I am eager to be on those bills. It is something I can’t wait to do.

“I love fighting in front of a home crowd at the Winter Gardens and I am always grateful for the tremendous support I have when I fight there. To do it live on Sky Sports at the top of an exciting bill will be great.

“At British level I have kind of cleared up. I have had four British title fights and it is a lot but I wanted to own that belt outright. Now that I own the belt outright I want to move on.”

“I’m thrilled to start Brian’s journey with us in his hometown on April 20,” said Hearn. “He has a huge fan base in Blackpool and we are planning a special night of boxing in the town.

“We are looking to move Brian onto the World scene and fans can expect a tough, respected international opponent. The show will carry an impressive co-feature event as well as local rising star Scotty Cardle in his first title bout. Matchroom young guns Kal Yafai, Callum Smith and Tom Stalker will also be in action on the packed card.”