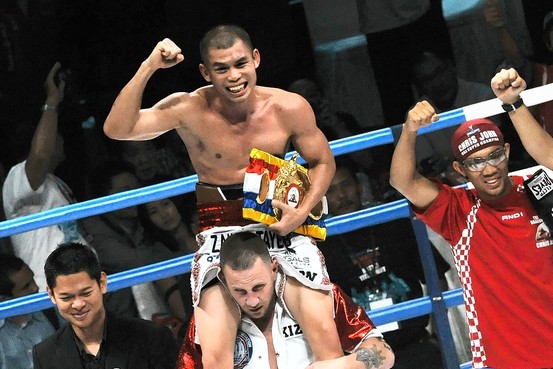 33-year-old John won the WBA featherweight title in 2006 against Oscar Leon. This was his sixth defense of his “Super” title. In his illustrious career, John has beaten fellow future hall of famer Juan Manuel Marquez and notable top contender Rocky Juarez.

John dominated most of the action. Piriyapinyo had some good moments in rounds seven and eight, but John took back over after that.

“Chris John is a force of nature. A fighter for the history books,” said Lewkowicz. “He is 33 and still dominating fighters who come in at 44-0. I am honored to be working with him and I send him my warmest regards for his outstanding performance.”