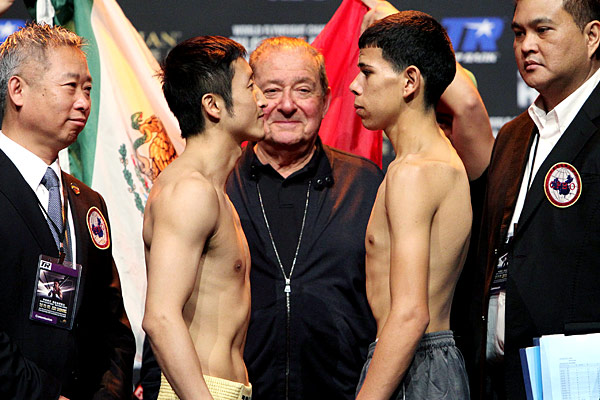 Promoted by Top Rank® and Sands China Ltd., in association with Tecate, Fists of Gold II tickets are on sale now at all CotaiTicketing™* box offices.

The fantastic night of entertainment ahead is the latest world-class sports spectacular from Sands China. The integrated resort developer’s multi-tiered entertainment strategy is aimed at diversifying Macao’s tourism economy through the varied offerings of its Cotai Strip Resorts, contributing to the city’s development into one of Asia’s top entertainment hubs and a world centre of tourism and leisure. April’s Fists of Gold event was a sold-out crowd pleaser, and was televised internationally to more than 30 countries, including to the U.S. via HBO2® and in China on CCTV5.

Fists of Gold II will once again reunite broadcasting icons Tim Ryan and Larry Merchant and former two-time heavyweight champion George Foreman for the international telecast where they will be calling the action from ringside.  HBO2 will televise Fists of Gold II the same day in the U.S., beginning at 5:30 p.m. ET/PT