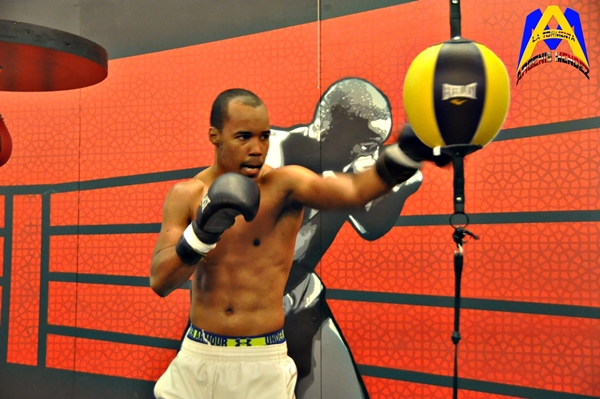 Barthlemy knocked out Mendez with punches illegally thrown after the bell ending the second round. Mendez’ promoter, IMP, appealed the decision and the fight was ruled a “no contest” with the IBF mandating a rematch. IMP won the IBF purse bid to promote Mendez-Barthelemy II, which will air July 10 on Fox Sports I live from American Airlines Arena in Miami.

“You don’t always get a second chance to correct a mistake, but we were able to get Argenis a rematch,” promoter “Iron” Mike Tyson said. “Hopefully, he will take advantage of this opportunity.”

The 27-year-old Mendez, fighting out of Brooklyn, was a 2004 Dominican Republic Olympian. He had an incredible 238-13 amateur record, highlighted by a gold-medal performance at the prestigious Pan-American Games, as well as winning a silver medal at the 2005 World Championships. Mendez captured the IBF crown March 9, 2013, stopping defending champion Juan Carlos Salgado in the fourth round.

Also scheduled to fight on the Fox Sports I show is welterweight sensation Erickson “Hammer” Lubin (5-0, 5 KOs), who was considered Team USA’s No. 1 overall prospect for the 2016 Olympics prior to him signing an exclusive promotional contract with IMP last October 1 on his 18th birthday. Now living in Miami, as an amateur, the exciting southpaw was the 2012 National PAL Champion.