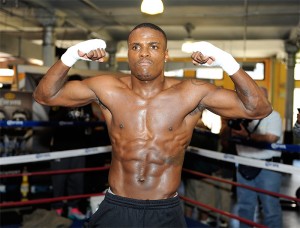 In addition to Quillin and Garcia, the stars of last October’s inaugural boxing event at Barclays Center will return to the sport’s most popular new venue.

SHOWTIME Extreme will start the televised action with a 10-round junior middleweight bout between Brooklyn’s Dmitriy Salita and Hector Camacho Jr. along with a 10-round middleweight fight featuring boxing’s most inspirational fighter, Brooklyn’s Daniel “Miracle Man” Jacobs, who continues his comeback following a successful battle against cancer against an opponent to be named.

Other undercard fights will feature the New York professional debut of Staten Island’s 2012 United States Olympian Marcus Browne in a four-round light heavyweight fight as well as crowd- pleasing Boyd Melson, whose dedication to finding a cure for spinal cord injuries makes him a true champion, who will fight in a six-round middleweight bout against an opponent to be named.

“We’re happy to be back in Brooklyn with the great main event of Danny Garcia vs. Zab Judah and a stacked undercard that has something for every boxing fan, from championship bouts to crossroad fights, to appearances from New York’s best,” said Oscar De La Hoya, President of Golden Boy Promotions. “This will be another great night at Barclays Center.”

“The inaugural fight card at Barclays Center last October was a rousing success as we teamed with Golden Boy to bring championship boxing back to Brooklyn for the first time in more than 80 years,” Barclays Center CEO Brett Yormark said.  “We expect an even more exciting event on February 9, as we continue to offer great title fights while giving emerging New York fighters the opportunity to showcase their talents in Brooklyn’s grandest ring.”

“It’s a great feeling to be back in Brooklyn for my first title defense and I am going to give fans what they are looking for again,” said Quillin.  “The crowd at Barclays Center pushed me to another level last October when I won my title and I can’t wait to win for them again on February 9.”

“This is the moment every fighter dreams of and I feel like everything is finally aligned for me to win my first world championship on February 9,” said Guerrero.  “Quillin is an exciting, aggressive fighter like me and we’re going to put on a show for the great fans in Brooklyn.”

“It’s a special feeling to be able to fight in my home borough again,” said Jacobs.  “This was an extra special holiday season for me and my family.  To look back on last October when I had the chance to return to the ring and continue my career was an early Christmas present that no one can ever take away from me.  My fight on February 9 gives me the opportunity to continue my championship quest.”

“I love fighting in Brooklyn and to now face Hector Camacho Jr., another legendary New York name, the stakes will be extremely high on February 9,” said Salita.  “I look forward to the opportunity and feel confident that I will be victorious that night.”

“It is going to be an exciting, but very emotional night for me on February 9 when I fight at Barclays Center,” said Camacho.  “I am fighting for myself, but it will also be a tribute to my dad who was loved throughout all of New York.  I plan to honor and represent the family name with a win of Dmitriy.”

“This moment is what I’ve been waiting for since I first started boxing and I just can’t wait to fight,” said Browne.  “I’m grateful for the opportunity to showcase my skills in front of my fans and make my hometown debut at Barclays Center.  Everyone on Staten Island and in New York City has shown me a tremendous amount of support and I’m ready to put on a great show on February 9.”

With an exciting style and a flair for the dramatic, Quillin (28-0, 20 KO’s), who lives in Manhattan, carried the momentum from his June 2012 win over Winky Wright into Barclays Center on October 20, winning the WBO middleweight title with a six-knockdown performance against previously unbeaten former World Champion Hassan N’Dam.  Ready to top that epic win with an encore performance, Quillin will make the first defense of his crown against Guerrero.

Long one of the most popular fighters on the East Coast, Guerrero (25-1, 19 KO’s) took his show on the road in 2012, and with wins over Jason Naugler (TKO 4) in Mexico, Jose Medina (W10) in Las Vegas, and J.C. Candelo (TKO 6) in Texas, he showed the development of his game and his readiness for a world title shot.  On February 9, the hard-hitting southpaw gets the opportunity he’s been waiting for.