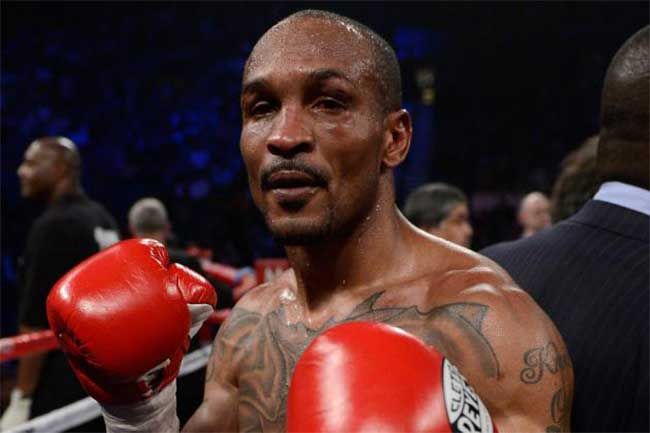 Bailey, fighting out of Miami, is coming off a win by way of an eighth-round disqualification of  Humberto “Bam Bam” Toledo (41-11-2, 25 KOs) last November in Tampa.  The 39-year-old Bailey, still one of the most feared punchers in boxing, is the former International Boxing Federation (IBF) welterweight title holder, as well as the former IBF and World Boxing Organization (WBO) light welterweight champion of the world.
“I’m happy to have this fight,” Bailey said.  “I’m looking forward to fighting in Minnesota again.  I fought there in 1998 (WTKO3 vs. Rodney Wilson in Minneapolis). Now, each fight is my most important for me, and it’s also very important for me to look good winning.  This is my last real run and it would be great to get another world title shot.  I still feel young.  I’ve never had any real injuries or damage to my body.  And power never goes away!
“I’ll have Chico Rivas as my head trainer for the second fight in row.  We’ve worked together since 2005.  He’s my go-to guy; a safety first type of trainer to make sure his fighters are okay, but when it’s time to attack, he lets me go.  He’s all about basics, no magic tricks.  We get along very well.”
IBF No. 14-rated Lawson, fighting out of Chicago, is the IBF International 147-pound champion.  His last fight was a sixth-round technical knockout victory this past March over Mohammed Kayongo (17-3-1) at The Myth.
“I don’t know too much about him (Lawson) yet other than he is undefeated and was Manny Pacquiao’s sparring partner.  I’m ready for a good fight.  I want to build myself back up in the eyes of the public after my fight with Devin (Alexander – LDEC12).  His style didn’t match with mine.  I know I came to fight but all he did was tap and run. He should have told me that before we signed to fight instead of him saying he was going to break my ribs and knock me out. His punched like he was scratching. I’m disgusted with that fight.  All I felt was his little taps.  I’m still frustrated.  Being a veteran I should have come in and did everything possible to win. I like to fight; if I lose, I’d rather get my ass beaten instead of losing that way with him tapping and running.”
Lawson figures to stand and fight having stopped 20 of his 22 opponents to date, although none have been in the same class as Bailey.
Bailey’s veteran manager, Si Stern, believes his fighter has one legitimate run still in him.  “A good win will put Randall back in the mix for another world title fight,” Stern commented.  “This is a great opportunity for Randall.  His mind set is good and nobody, pound-for-pound, hits harder than him.  If Randall hits this guy clean, the fight is over.  His opponent has never fought anybody like Randall.”
During the course of his 18-year professional boxing career, Bailey has defeated, among the more notables, Rocky Martinez, Hector Lopez, Carlos Gonzalez, Mike Jones, Jackson Osei Bonsu, Francisco Figueroa, DeMarcus Corley, Anthony Mora, Harrison Cuello, Juan Polo Perez, and Demetrio Ceballos. Seven of Bailey’s eight losses have been to world champions Miguel Cotto, Alexander, Juan Urango, Corley, Diosbelys Hurtado, Ener Julio, and Ishe Smith, the other setback to two-time world title challenger Herman Ngoudjo
Tweet