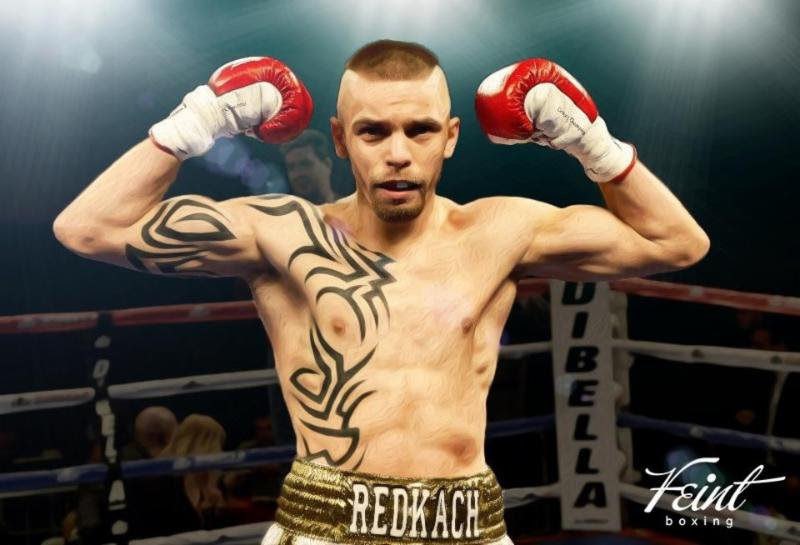 Redkach, who is widely considered to be one of the most promising young fighters in all of boxing, was forced to go the distance for the second consecutive bout as Gulyakevich seemed to be more content on holding and tying Redkach up rather than looking to engage.

The southpaw Redkach pressed the action throughout and scored with hard body shots in the early going, which visibly bothered Gulyakevich. Redkach suffered a right elbow contusion in the third frame, which limited him being able to throw his right hand, and later in the fight, he hurt his left hand.

Redkach fought through both injuries and the excessive holding by Gulyakevich to ultimately win the 10-round unanimous decision with scores of 100-90, 99-91, and 98-92.

In the co-feature bout of the evening, WBA #11-rated super featherweight Ryan Kielczweski moved to 20-0 with an exciting and grueling eight-round unanimous decision over previously once-beaten Ramsey Luna.

The opening stanza was a bit of a feeling-out round, but things started to really heat up in the second. Kielczweski began digging in some vicious body punches with both hands. The hard-charging Luna looked to push Kielczweski to the ropes and score with flurries.

There was great two-way action from both in the middle rounds with Kielczweski getting the better of the exchanges and landing the more telling blows.

The sixth, seventh and eighth rounds were absolute wars, with both guys going toe-to-toe for nearly every second of each round, sending the packed house into a frenzy.

In the opening bout of the night, hometown favorite Stephon Young won an exciting six-round unanimous decision over tough-as-nails Vincente Alfaro, winning by scores of 60-54, 60-56, 59-55. With the win Young improved to 10-0, 4KO’s while Alfaro dropped to 6-4, 1KO.

In off-tv bouts, DiBella Entertainment’s three middleweights Ivan Golub, Eduardo Alicea and Paul Littleton all notched victories in separate bouts. Alicea, who is co-promoted by Rumble Time Promotions, improved to 7-0, 3KO’s with a dominate six-round decision over Demetrius Walker. The highly touted Ukrainian Golub won a four-round unanimous decision over JaVon Wright in what was advertised as Golub’s pro-debut. Golub competed in the World Series of Boxing, winning five consecutive bouts, so officially his record now stands at 6-0. In the opening bout of the night, Littleton stopped Jeff Combs in the fourth round of their scheduled six-rounder to improve to 9-0-1, 5KO’s.