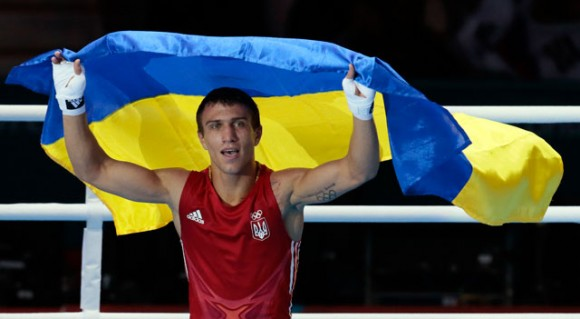 “Lomachenko must have a lot of confidence making his professional debut against a fighter like me.  He must think he’s really good. Let’s see what happens in the ring,” said Oquendo.

“Vasyl ‘The Great’ Lomachenko has been the most outstanding boxer in the history of amateur boxing, now we will see if he can become the greatest professional boxer of this era,” said Hall of Fame promoter Bob Arum.

Promoted by Top Rank®, in association with Zanfer Promotions, Wynn Las Vegas, Márquez Boxing, and Tecate, Bradley vs. Márquez will take place Saturday, October 12, at the Thomas & Mack Center, on the campus of the University of Nevada, Las Vegas.  It will be produced and distributed live by HBO Pay-Per-View, beginning at 9:00 p.m. ET / 6:00 p.m. PT.

Lomachenko first gained international renown by winning gold medals in the 2008 Beijing Olympics and the 2012 London Games as a featherweight and lightweight, respectively.  Known for his all-out aggressive style of boxing, Lomachenko is equally aggressive in plotting his professional boxing plan to a world title where he insisted on making his pro debut in a 10-round bout against a seasoned veteran where a victory could propel him to a Top-10 world rating.  He certainly has that in Oquendo whose seven of his last eight victories have been by knockout.